Player Unknown’s Battlegrounds (PUBG) mobile recently began with its season 13 and received a massive update with tons of new features. With season 13 still on going in its opening weeks, information related to the upcoming season 14 has already started to gain attention. Thus, here we are bringing you the leaks we’ve managed to get out hands on for the next exciting season of PUBG mobile.

New season means a new Royale Pass, and a new Royale Pass means new and exciting rewards along with another unique theme and tons of theme based cosmetics for your delight. Though these leaks have not been confirmed yet as they were spotted in the Chinese version of the game, it is more than likely that the global version of the game will have some, if not all the features. 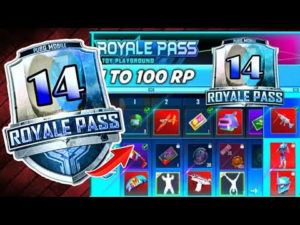 There is going to be a big roster for skins in the next season. A variety of new weapon sets with the upgradable skin feature introduced in the current season of the game is one of them.

Here are some exciting new skins, some of which come in sets with the weapons mentioned above.

From analysing some of the weapon skins and player skin sets, a dinosaur theme pattern can be noticed suggesting that the theme for the new upcoming Season 14 could be prehistoric Jurassic period related.

More details are yet to come as day by day more leaks will be found. Be sure to pay us a visit every now and then to stay updated to all the PUBG mobile related news.