It’s been a few days since the new PUBG Mobile season 11 “Operation Tomorrow” has gone live and PUBG fans have already started to crave more. We all know about the new theme of season 11 and it’s new features, and it’s time to talk about the upcoming season.

Well, you might think, isn’t it to early to talk about the new update which is almost two months away? Umm, yes, but you will be amazed to know that the first phase of beta testing for the new update has already started.

The moderator of the official Discord channel of PUBGM shared a few details about the upcoming PUBG Mobile Season 12. According to the Mod, the beta test of 0.17 update has started and also shared some highlights of the patch notes.

In the patch notes, he mentioned that PUBG Mobile Season 12 will get the Death Replay feature, and yet again, PUBG developers copied it from Call of Duty: Mobile. Other than this, features like Teammate Voice Control, Color-Blind Mode, new Game Theme and extreme Cold Mode. 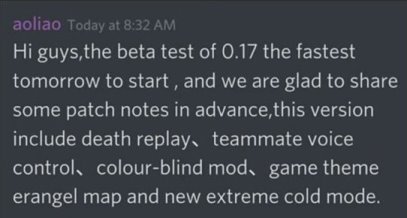 Well, as the name suggests, with the Teammate Voice Control feature you will be able to control the volume of voice-chat of your teammate, earlier, you could only mute the voice-chat. Talking about other features, we do not have enough details about the color-blind mode for now. But, we will update this post whenever we get to know more about it.

A new map named Karakin is making its way to the PUBG Mobile. For your information, the new Karakin map released with the new Season 6 of PUBG on PC, PS4 and Xbox. And we are expecting the developers to bring this new map to PUBG Mobile too. Well, if you want to know more about the new Karakin map, you can visit the link mentioned below

We got a few details about the upcoming Winter Mode in PUBG Mobile season 12. It looks that the Winter Mode is a survival mode where the players need to survive the extreme environment as well as the enemies on the map.

And as the name says, the greatest enemy in the new mode will be the freezing temperature. To survive in the harsh conditions, players need to keep themselves warm with the help of various methods. As the image suggests, the method includes setting a fire and other food items. 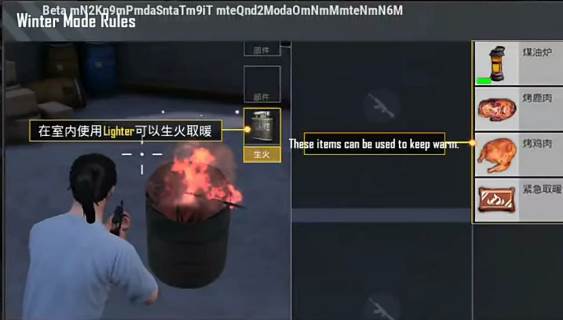 Another image suggests that players have to hunt the animals for meat. The meat will help players to keep themselves warm and retain health power.

Well, there might be some other food items too, but we do not have any related information for now. 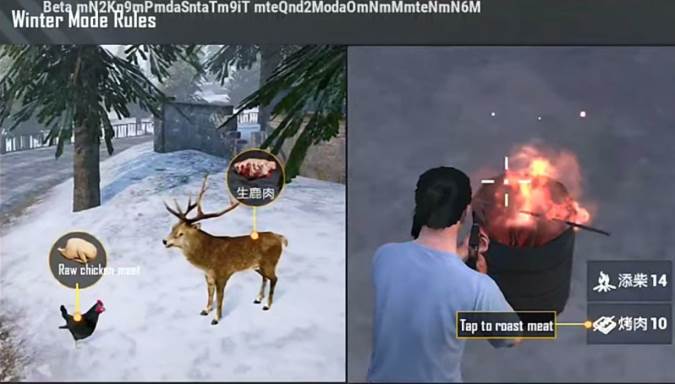 These were the few PUBG Mobile Season 12 details that surfaced online today. But, none of these details are announced officially by the developers, so, we are not sure if all features will be available with the final global update.

Stay tuned, we will be updating this space with new content soon.