PlayerUnknown’s Battlegrounds (PUBG), an online multiplayer battle royale game was developed and published by PUBG Corporation. The game was released in December 2017 for the Windows platform.

PUBG found its way to the Android and iOS platform on March 19, 2018. The game is very popular in the Asian region of the world and has a huge fan base.

Cut to now, the holiday season is live in the game and developers have already released a range of holiday-themed skins for players. In an official post today, PUBG Mobile Twitter handle has revealed that “Rudolph Suit” is now available in PUBG Lucky Crate. Have a look at the official statement down below. 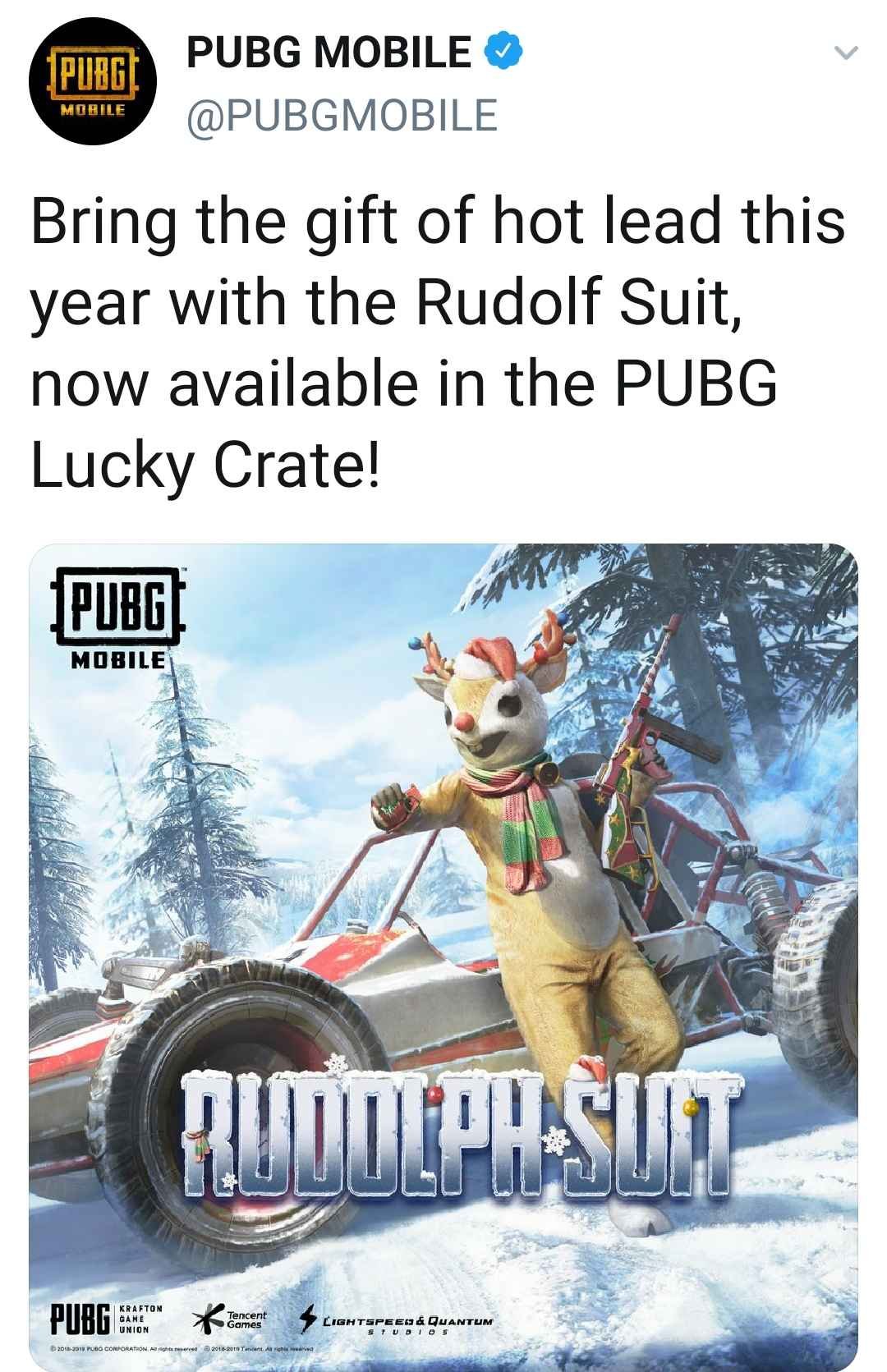