The table has turned, Peter is back in the game by taking over the control room. In this chapter, we see everyone in action. Chapter 168 called ‘Dad’ of the manga ‘The Promised Neverland’ was a full-on action-packed and mind game chapter.

So in this post, we are going to talk about ‘The Promised Neverland’ Chapter 169 release date, raw scans, and spoilers. We will be looking at the spoilers now so if you do not like them you can scroll further down for more information on the release of the upcoming chapter and where to read the latest chapters legally.

It was pretty obvious of Peter Ratri to have planned something to defeat the kids but we didn’t expect the reversal of the reversal in the end. The chapter starts with Vincent and others get found out and captured later on by Peter. Norman’s team walk into an empty room because Peter tricked them, all the demons who were sleeping are waking up now. The situation is totally under Peter’s favor. He explains to them that all the Farms will be reconstructed as one Lamda and will be directly under the control of Peter, Musica and Sonju will be executed soon, all the demons who drank cursed blood have already been eliminated.

Peter shoots Vincent when he refused to tell him the password of the system. Then he brags about him being Dad/Creator of every child as they were raised in Farms under the Ratri clan. Suddenly Peter found himself under the gunpoint of Oliver’s team. They somehow managed to defeat the guards and come to aid. So the table has turned once again here. 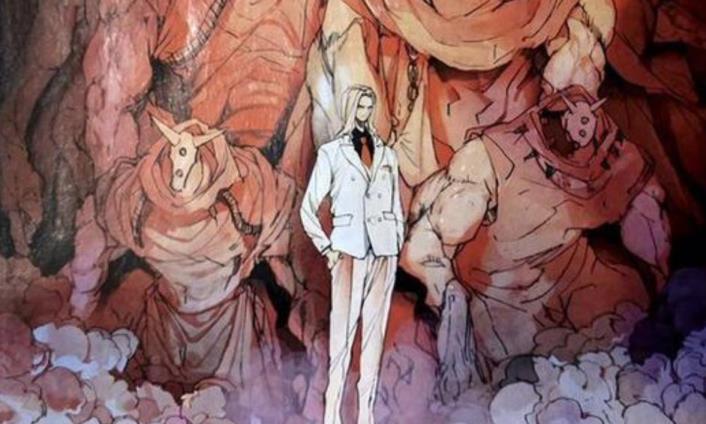 In the next chapter, we may see Oliver vs Peter direct fight. It’s possible that Isabelle might have helped Oliver’s team. If Peter doesn’t do something now, he will definitely be in trouble as his plan failed. The role of Grandma Isabelle is still unclear, we might see her in action. Also, everyone is waiting for Phil to be reintroduced in the story, we know there is a little bit of importance of him a bunch of chapters ago, Andrew talked to him about some suspicion. The Grace Field is the portal or has some kind of connections that leads to the human world, it was revealed a while ago.

The usual release schedule for the Manga releases a new chapter on a span of 7days. The latest chapter released on the 23rd of February 2020. So chapter 169 is expected to release on the 1st of March 2020.

WHERE TO READ Promised Neverland Chapter 169 –

We are two days away from the official release of chapter 169 of The Promised Neverland. Well, you might be craving for the new release like us. But, it can’t be helped, we have to wait for the official release. But, the raw scans of the next chapter has surfaced online, you can check it out in our recent post.

Just visit the link mentioned below to check out the Promised Neverland Chapter 169 leaked raw scans. Also, we, at Digistatment.com do not support the use of illegal sources to access the content. We suggest you read the new release from the official source only after the release.