This is Isabelle’s time to shine, she finally made her move. The raw scan page for chapter 169 of the manga ‘The Promised Neverland’ just dropped.

So in this post, we are going to talk about ‘The Promised Neverland’ Chapter 169 release date, raw scans, and spoilers. We will be looking at the spoilers now so if you do not like them you can scroll further down for more information on the release of the upcoming chapter.

Let’s first discuss chapter 168 of ‘The Promised Neverland’ Peter Ratri somehow succeeded in stoping the children. The chapter starts with Vincent and others get found out and captured later on by Peter. Norman’s team walk into an empty room because Peter tricked them, all the demons who were sleeping are waking up now. The situation is totally under Peter’s favor. He explains to them about the future of the demon world. Peter shoots Vincent then he brags about him being Dad/Creator of every child only to later realize he is under the gunpoint of Oliver’s team. They somehow managed to defeat the guards and come to help Vincent’s team.

In the raw scan page, we see Isabelle sleeping peacefully with Emma, Norman, and Ray. Her smile looks so pure, just like a mother caring for her children. This shows that in the next chapter, she will be in action but it will be interesting to see, on whose side is she after all? 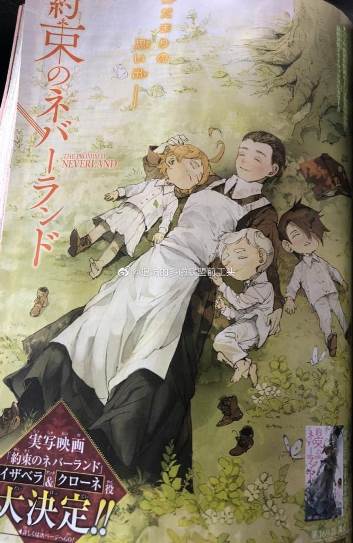 She along with other mothers and sisters of the Grace Field launches a counter-attack. It’s not very surprising that one never knows her mood and it is possible that she is neither on children nor on Peter’s side. She does things her own way now. In the next chapter, we will see Ray vs. Grandma Isabelle. This is the moment we all have been waiting for.

We can expect a very good chapter after what happened in the previous one. The story is getting more and more interesting to read. Many mysteries, yet to unpack in upcoming chapters, keep reading.

The usual release schedule for the Manga releases a new chapter on a span of 7days. The latest chapter released on the 23rd of February 2020. So chapter 169 is scheduled to release on the 1st of March 2020.

WHERE TO READ Promised Neverland Chapter 169 –