The upcoming free-to-play, multiplayer online battle arena video game, Pokemon Unite, is currently attracting many Pokemon fans. So, we are here to provide you with some stats of the Pokemon featured in the game. This article will show you Pokemon Unite’s Pikachu Stats, Unite move, and much more. Here’s everything you need to know.

Developed by TiMi Studios and published by The Pokémon Company, this free-to-play video game is set for release on Nintendo, Android, and iOS this summer. So, prior to its release, why not gain some knowledge about the stats of different pokemon that are going to be featured in the game. Well, if you are interested, then continue reading. 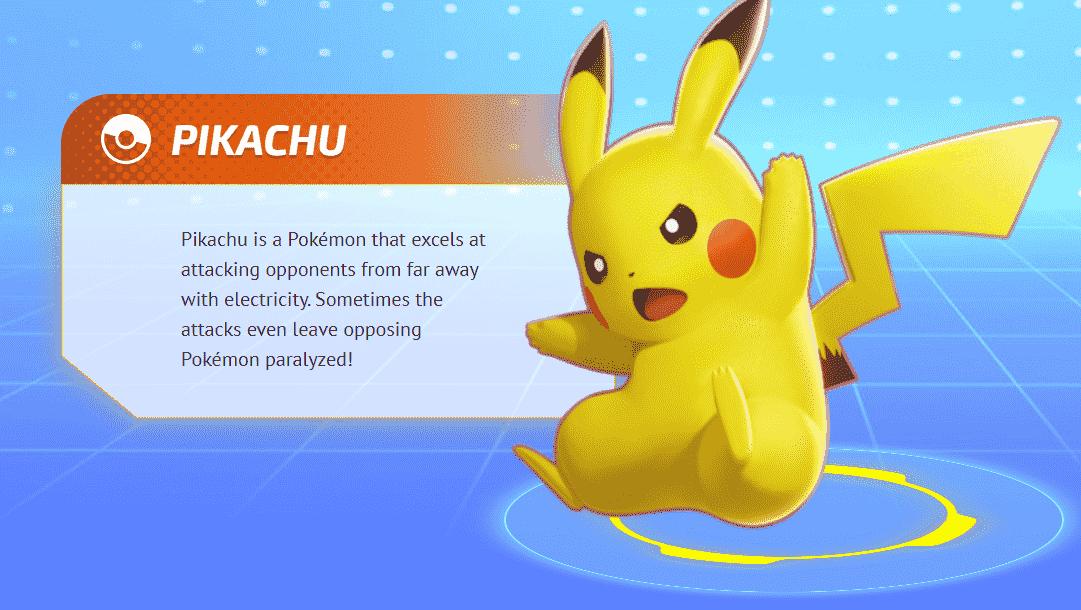 One of the most iconic Pokemon, Pikachu specializes in long-ranged attacks which means that this Pokemon is best suited for attacking opponents from far away using its electricity. Also, sometimes this electric surge can paralyze the enemies to perform further attacks without taking much damage. The Pokemon is categorized in the Novice difficulty section, so controlling and attacking with it won’t be much of an issue.

Talking about Stats, Pikachu is rated the following-

So, from this, we can see that the Pokemon is best suited for attacks only. So, if your strategy includes attacking enemies out of the blue, then Pikachu is the Pokemon to go for.

You can also watch Pokemon Unite: Pikachu’s gameplay down below

Pikachu’s Unite move unlocks when it reaches level 9. Its Unite move is called Thunderstorm which is an Area damage move. It is an attack that blasts all surrounding opposing Pokémon with powerful lightning. An incredible AoE attack that stuns enemies and deals high damage.

Well, that’s about it for Pikachu’s Stats and Unite Move. To know more about other Pokemon featured in Pokemon Unite, follow us here.