Pokemon Unite will be up for release this summer. Featuring all iconic pokemon, the game is going to be a hit, no doubt. Every Pokemon has different stats, to begin with. Well, in this article, we are going to talk about one of the most popular Pokemon, Charizard, and discuss its stats, unite move, and much more. Here’s everything you need to know.

With the increasing popularity of the game prior to its release, Pokemon Unite is going to be a massive hit across the gaming community. Well, that’s not because of the fact that it is a Pokemon game, but because it is a multiplayer online battle arena video game. So, featuring different Pokemon with unique stats and moves, it is hard to remember which ones are the best in the game. But, don’t worry as we are here to provide the information you need. This article features the one and only Pokemon, Charizard. 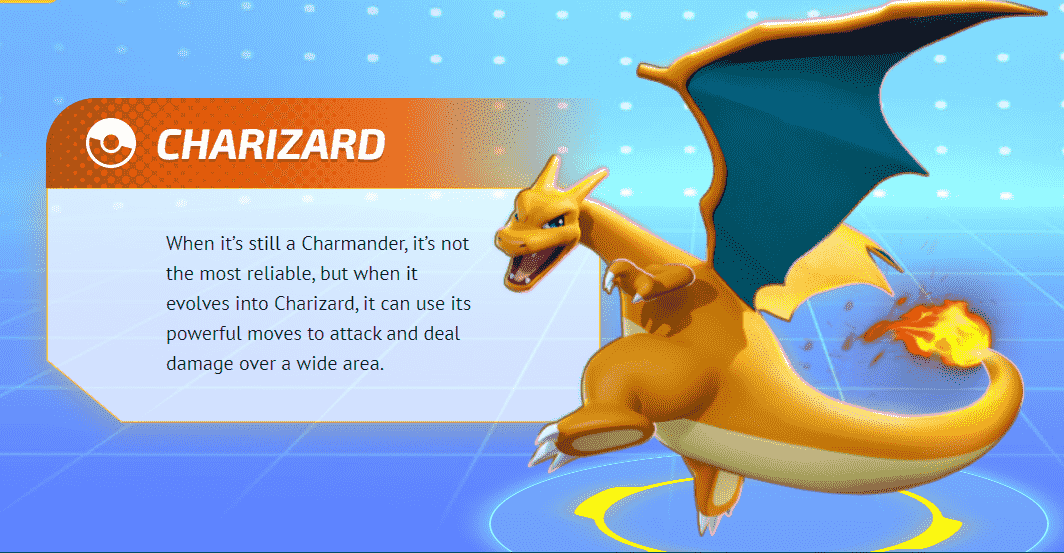 Well, Charizard is one of the most powerful all-rounder pokemon as it features incredible attacks as well as decent defense. It is the evolved form of Charmander which specializes in attacking and dealing damage over a wide area. The Pokemon is categorized in the Novice difficulty section, so controlling and attacking with it won’t be much of an issue.

Charizard features a default attack along with the following moves-

Talking about stats, Charizard is rated the following:

Well, if you need an all-rounder Pokemon that can deal a decent amount of damage and endure a few hits, then Charizard is the one to go for.

You can also watch Pokemon Unite: Charizard’s gameplay down below

Charizard’s Unite move is unlocked once it reaches level 9. Its Unite move is called Seismic Slam, an attack in which Charizard aims for and grabs an enemy Pokemon before bringing it up into the air and slamming it down to the ground. It is a powerful attack and can deal a lot of damage.

Well, that’s about it for Charizard’s Stats and Unite Move. To know more about other Pokemon featured in Pokemon Unite, follow us here.