Pokemon Sword and Shield was released on November 15th, 2019, developed by GameFreak and published by Nintendo and The Pokemon Company. It was one of the first official Pokemon games released for the Nintendo Switch.

The game sets you in the Galar region where you aim to become a Pokemon trainer and the next champion, like the previous games in the Pokemon franchise there is an emphasis on the story aspect.

It had a major cut in the roster of pokemon available in the game and wasn’t well-received by many players due to somewhat different expectations from it. 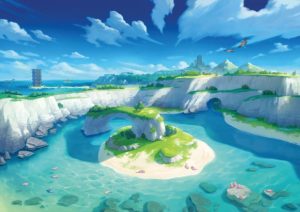 Pokemon Sword and Shield: The Isle of armor (DLC 1)

The expansion pack brought new content giving players a reason to start or return to the game, it included new environments such as dense forests , thick bogs , caves and sand dunes however a more exciting part for some players was the return of 100 pokemon from the national Pokedex which did not make the initial cut to the roster and as well some new pokemon, some extra content and missions.

The DLC though quite barebones on the content side at times was still well-received alongside its second DLC The Crown Tundra.

The Crown Tundra is the second part of the expansion pack of Pokemon Sword and Shield after The Isle of armor.

The DLC once again introduces new environments however this time they are mostly areas at freezing temperatures. The tundra seems to be home to Legendary pokemon allowing a player to choose which one to chase after and capture and at the same time, there are some guided missions alongside them.

A new game mode called Dynamax Adventure adds to the content available and gives players an opportunity to fill out their roster with legendary pokemon that are available to battle at the end of every adventure.

The Pokemon Sword and Shield as a turn of events were given an expansion pack including 2 new DLC, The isle of armor and the crown tundra however many players of the game have suspected a possible third DLC to release for the game where they may add the remaining Pokemon in the national Pokedex to the currently incomplete roster.

The rumors began after the release of the second DLC The Crown of Tundra however one that gained a lot of traction was a post made by a user on 4chan during early 2020, the user had predicted the release of the 2 DLC bringing older Pokemon into the roster and the Pokemon diamond and pearl remakes which as is evident through Nintendo social media posts is getting closer to release. As the 4chan post was right on two occasions, we highly predict that its posts related to Pokemon Sword and Shield receiving a 3rd DLC are reportedly true.

However, information to keep in mind is that during a presentation from Nintendo they had announced a new game that Game Freak, the developers of Sword and Shield, have been working on and that is Legends of Arceus which is an open world and fully explorable game, an ambitious project with high demand that historically speaking from other game franchises are at times hard to meet.

While there is a presence of many rumors behind the possible release of a third DLC, the information that the game developers have a rather massive project at hand already is a good defense against the possibility of another DLC for a game that is close to three years old.

Fortnite: How to move the game to another drive?

Fortnite: How to move the game to another drive?