Pokemon games debuted in 1996 and there is no doubt about their huge success. With three versions- Red, Blue, Yellow, the world was taken by a storm. However, you might be wondering if there is any way to relive those days and play these iconic games on your android device as Gameboy and Nintendo DS are history now. Yes, there is a way. Here’s everything you need to know.

Emulators come in handy when the actual platform a game was released on is unavailable. Pokemon Red was released on Gameboy Adv. and Nintendo 3DS way back in 1996. With the discontinuation of these devices, the game was also forgotten. However, players who enjoyed the game back then, also want to experience it now and emulators make it possible.

How to play Pokemon Red on Emulator

For that, you will need an emulator and a Pokemon ROM.

There are two emulators that will allow you to play Pokemon Red on your android device. One is GBA(GameBoy Adv) Emulator and the other is DS Emulator(nds4droid).

GBA emulator is not free as of now, instead, you can check this- John GBAC 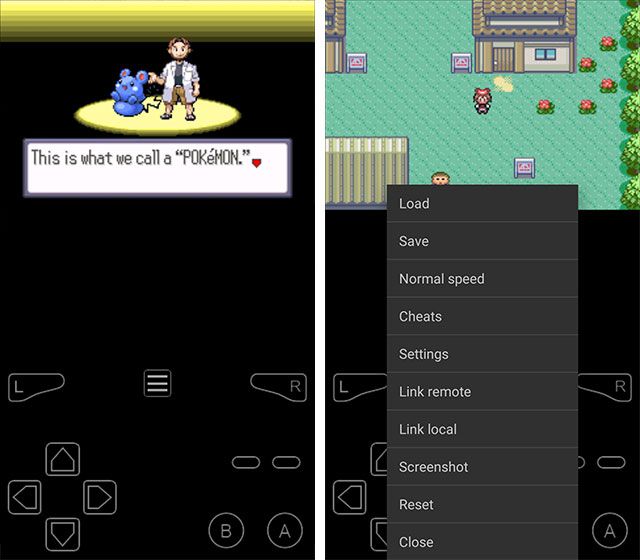 nds4droid is a NintendoDS emulator which is a free emulator and can be downloaded from here.

If you have some bucks to spare, you can check this Drastic DS emulator available for $4.99.

Paid emulators have many features like fast-forwarding and saving at any time.

Pokemon ROMs are readily available across the internet. However, if you download ROMs for games that you don’t own, it is considered piracy, and Nintendo has strict rules against it. So, download Pokemon ROMs at your own risk

Note- Make sure you check the region before downloading a Pokemon ROM. Also, Pokemon ROMs are usually available in .zip files. So, if you accidentally download a .exe file, remove it as it may contain malware.

After getting an emulator of your choice and a Pokemon ROM, you’re all set to enjoy Pokemon Red on your android device. Just link the Pokemon ROM to your emulator and you’re good to go.