Pokémon Go is the most popular and critically acclaimed Augmented Reality mobile game. It is free to play game and supports in-app purchase for additional in-game items.

Within the year of release, game achieved a feat of 500 million downloads and by early 2019, the game had over a billion of global downloads with gross $3 billion revenue.

Cut, to now a new update for Pokemon Go is rolling out. The new update is coming with version 0.163.3. Also, the latest update is rumored to fix the ongoing AR+ issues. This information is has been shared by a popular trainer, Kelven. Have a look at it down below. 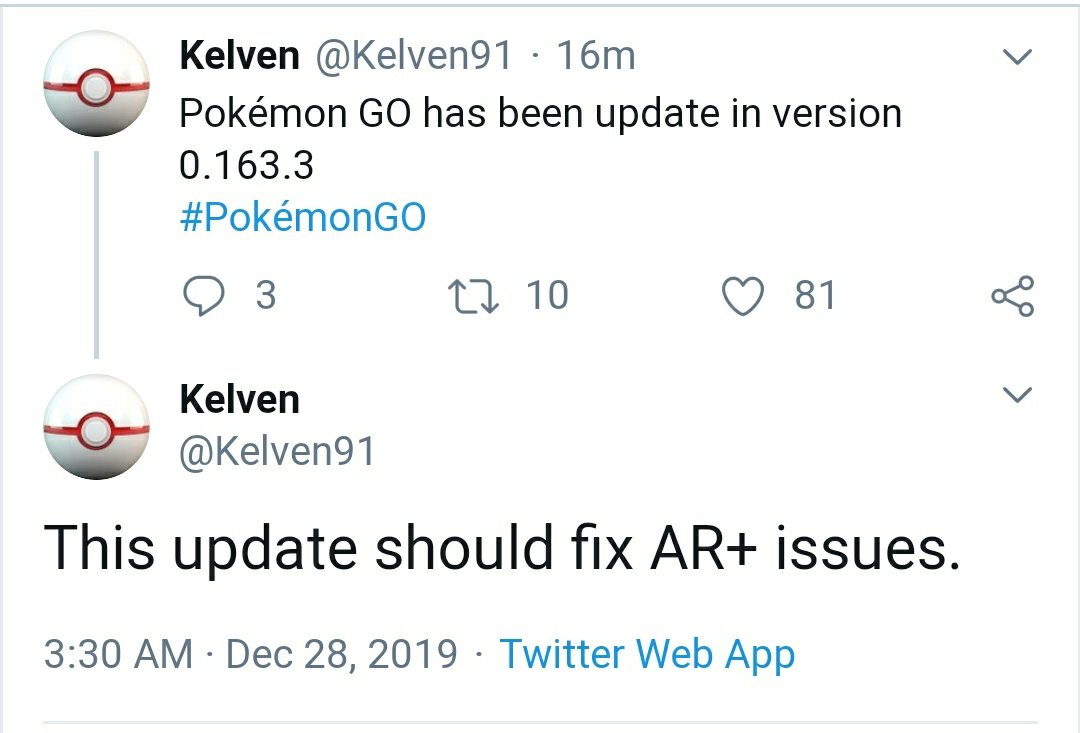 We will update more regarding the update as soon as we fetch more information.

For a quick recall, Pokemon Go has been developed by Niantic Games, and it was released in 2016. It is available on Android, iOS and watchOS. For more news, leaks and updates stay tuned with us.