Well, Mystery Raid Hour has been completed & it featured the Onix Pokemon. Today, Niantic has revealed the details regarding The Mystery Bonus Hour. Pokemon Go Mystery Bonus Hour will run from 6 pm to 7 pm in your local time zone. Players will get double capture Stardust bonus under these hours. So, it is a good time to capture more Pokemon & collect some Stardust. 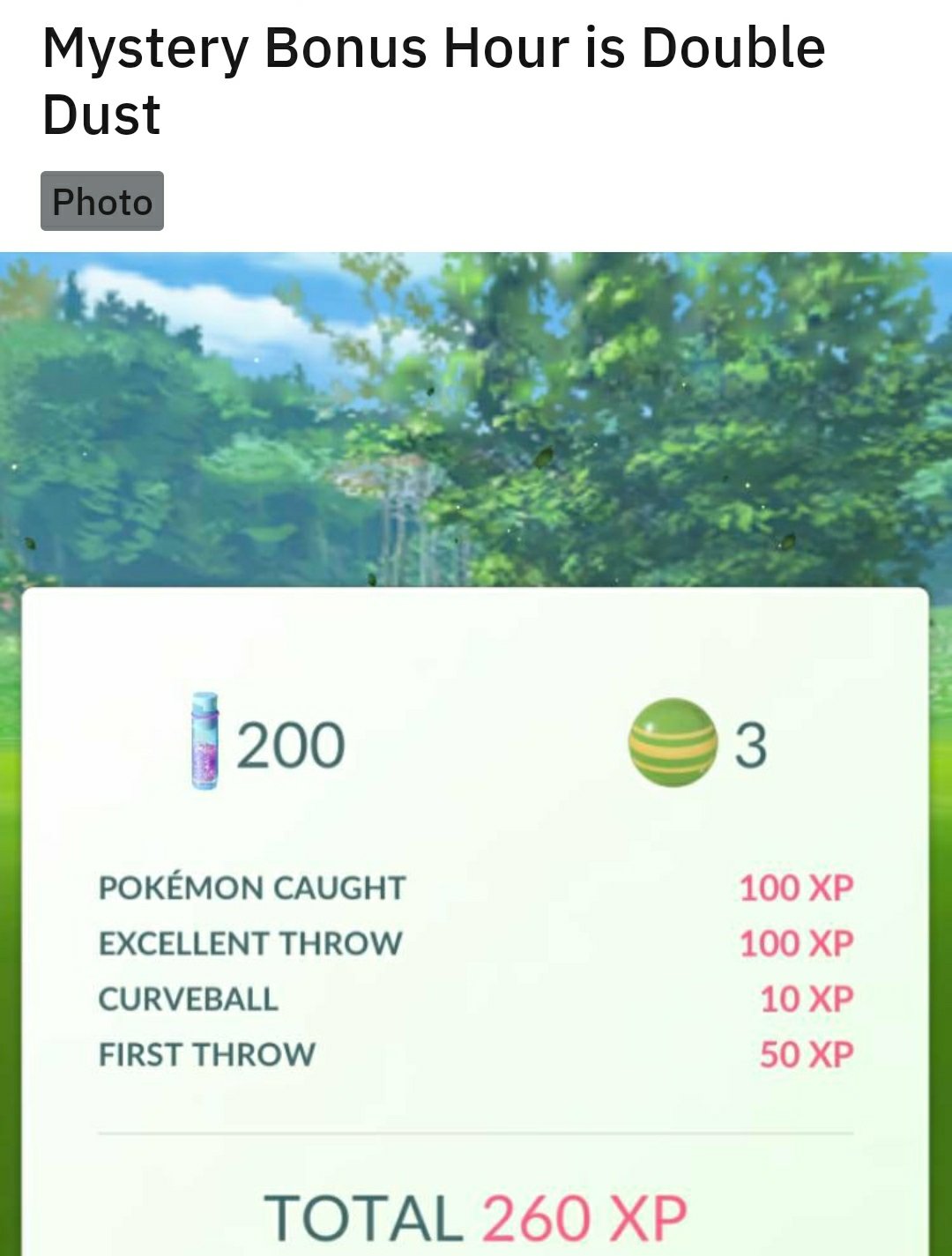