Pokemon Go : How to customise your Pokemon name ?

Pokemon Go is a mobile Augmented Reality game published by Niantic and developed in collaboration with The Pokemon Company and Nintendo.

The game was released on the 6th of July 2016 a part of the long-running famous Pokemon Franchise.

It pushed players to go out and explore the world around them all while catching the Pokemon available in their area, battling other players, competing in Gyms, and so on. The game was a major success all over the world with people living out their dreams to catch all the Pokemon and rushing to areas where rare Pokemon were sighted in the hope to catch them.

Once caught, the game gives you an option to name your new Pokemon, however, players aren’t able to rename their Pokemon once named.

To customise the name of your Pokemon, read the simple step-by-step instructions provided below. 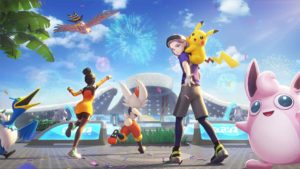 How to customise your Pokemon name?

To begin with, this will require you to install a 3rd party app onto your phone.

Pokemon Go : How to get two free raid passes daily ?