We have gutted together the consistent data mining on the next Pokémon GO update. We analyze what the PokéMiners had managed to find out about the mega evolution. Let’s go back to the topic in more detail.

A lot of details are revealed. Mega Candies, Mega Raid, Mega Energy and many other details will arrive soon in Pokémon GO. The PokéMiners this time studied the code focusing exclusively on mega evolution, confirming and expanding what has already been said.

ATTENTION: The information that has been discovered on the Pokémon GO servers is subject to change and is not information officially released by Niantic. 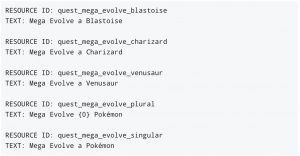 Mega Raids🍀
Datamine of new pokemon go apk by @poke_miners show some new pngs and mega evolution related icons and items.We dont know their accurate use yet but here is a try.
RT to spread the word ❤
Join me for more.#pokemongomegaevolution #megaevolutionpokemongo pic.twitter.com/D3I6cTwzWT

It would seem that we can start using this mechanic. By unlocking it thanks to special research that seems to have Beedrill as the protagonist. From the dialogues of Professor Willow leaked from the code, we can also derive further confirmation:

Also from the dialogues of the special research, it was possible to discover that initially only the Mega Raids of Charizard, Blastoise and Venusaur will be available. This might make us guess that there will be a rotation of Mega Raids as there is currently for normal and EX Raids. How this new type of battle works in detail is still unclear, but more information is available.

The code shows that during any type of raid, the presence of a mega-evolved Pokémon increases the attacks of a specific type for all the attacking monsters present.

For example, if we are fighting alongside a Mega Charizard, of Fire and Dragon-type, the attacks of the first type of the Pokémon, then Fire, of all participants will do more damage. At the moment it has been possible to read about this mechanic only for the first type of the monster, perhaps it will also work for the second later.

Daily research and field research to get Mega Energy

The real object of the mystery of these data mining is the Mega Energy. It is not entirely clear how it will be handled within Pokémon GO, but it is certainly essential for the mega-evolutions of our Pokémon. They have been found within the code of daily and field research that can reward us with Mega Energy. Even the Mega Raid we reward you with Energy Mega, which will be held in limited quantities.

The mystery about the Mega Energy is not cleared. What it actually is and how it will be possible to use it is also unclear. The data miner deduces that it may have taken the place of the already known Mega Candy. The coexistence of the two objects, in case this energy works this way, could be redundant. Maybe the Mega Candies will reserve us other surprises that have not yet been discovered.

Answering this question is early with the information available, but we can see some details together. A voice will confirm before the mega evolution. This would allow us to be able to use the mechanics even outside the battle, perhaps to use them during a raid. But we remind you that it is not possible to leave a mega-evolved Pokémon in defence of a gym.

The time for which it will remain mega-evolved will be limited. It would seem at least 2 hours, and it will be possible to have only one mega-evolved monster at a time. Using the mega evolution on another Pokémon while there is already a mega evolution among our monsters, will result in the cancellation of the form for the latter. To do this you will need to use Mega Energy.

Mega Evolved Pokémon will not be able to be trained, or so it seems from a warning message found in the code. On the other hand, it seems that they have their own Pokédex, or that in any case they will be displayed separately from the monster in normal form. To confirm this hypothesis is the presence of the descriptions of each of the existing mega evolutions. It includes of ArcheoGroudon and ArcheoKyogre, of which you have no information. And even MegaDiancie, a mysterious monster not yet released in GO Pokémon. 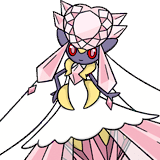 In addition to the many news regarding mega evolution, Niantic is already thinking of events to be dedicated entirely to this new mechanic. From the names leaked from the code, two events seem to be scheduled: a Mega Battle Challenge, in which the time spent in the mega-evolved state of the Pokémon will be greater. Next is a Mega Raid Challenge, in which the likelihood of encountering a raid dedicated to mega evolutions will increase.

Two other events are planned, one of photobombing and the other dedicated to poffin, but it is not clear whether or not they are connected to the advent of mega-evolution. To conclude, as we had talked about in the previous data mining. We found several notices and texts were found that would confirm Niantic’s strong work on a new augmented reality experience. It will also include a new way of experiencing the game map.

The mechanics of mega-evolutions are taking shape in Pokémon GO, leading every Trainer to wonder when everything they’re supposed to come true. It seems that the work is at an advanced stage of planning. We will very soon receive official information about it.