Pokémon Go Crashing on iOS Devices From Two Weeks, No Fix Yet

Since it’s release, Pokémon Go has had a history not bugs and crashes on both Android and iOS devices. Regardless of the phone’s build, these crashes have been prevalent since 2016. Recently trainers on iOS devices fell victim to it and are still getting affected by it.

Many compliments have surfaced over the past few days on Twitter and Reddit threads. These complaints claim that since the last few updates, the Pokémon Go app on iOS device has increased number of crashes. This issue has started to build up after Niantic released the update 0.175.1-A on the app store. The app has the tendency to overload and crash but the significant increase in the amount of crashes has caused fingers to be pointed at Niantic. 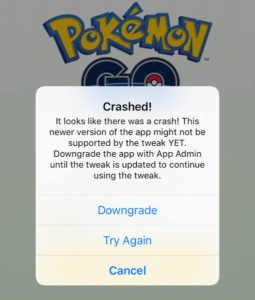 This issue has existed for over two weeks now and some users have gone as far as to say that the app won’t even launch at times. Battery drainage problem has also been pointed out, saying that the app eats through the device’s power like it’s nothing. Many people have posted the advice on social media that disabling the Adventure Sync has somewhat helped them with the crashes and that they recommend other to do the same. Adventure Sync has been a mess for many past updates now and it has remained buggy since around February.

Niantic has addressed this issue on their support website on May 13th this year, stating that they known of the existence of this problem. Why wouldn’t they? The issue has been ongoing for about 2 weeks. So far no solution for this dilemma has been seen anyone online with the exception of disabling one of the core features of the game, Adventure Sync.

The un-rhythmic and reason less crashes has rendered the game unplayable for many users. Players are hoping for a fix to arrive soon.

Epic Games Store Adds Self Service Refunds To Their System

Epic Games Store Adds Self Service Refunds To Their System