After the latest 0.185.1 update, Pokémon Go is roaring with the newly added Mega Evolution feature. Yesterday, Niantic announced a month long event based around this update, called Mega September. Within this event, players can expect to see many add-ons in the game which will be themed around Mega Evolution and Mega Raids. Thus, without further ado let’s see what should you expect from the coming few weeks. 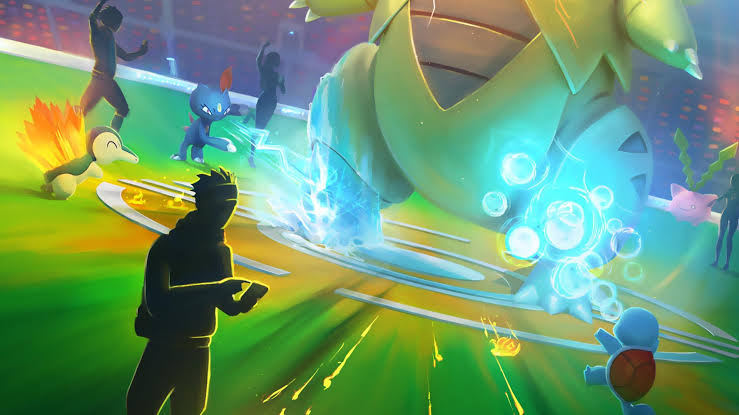 First and foremost, the opening week of Mega September has added four special bonuses for players to enjoy. These are again, based around Mega Raids and players should expect to see more raid related content throughout the month. However, the big new is that players can now easily take part in remote raids for the whole month.

Yesterday, the developers at Niantic added a new bonus box in the shop. Costing only 1 coin, this box contains 3 Remote Raid Passes which can be used to join any raid on the map, be it regular or Mega. Players can buy infinite amount of these boxes throughout the month. However they can only buy them if their inventory has less than 3 passes. 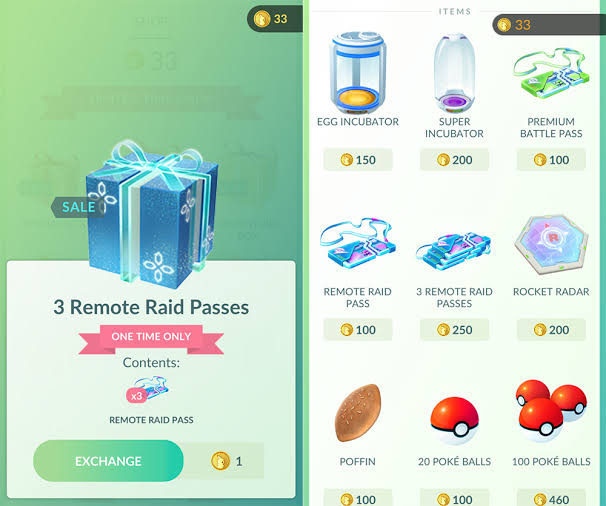 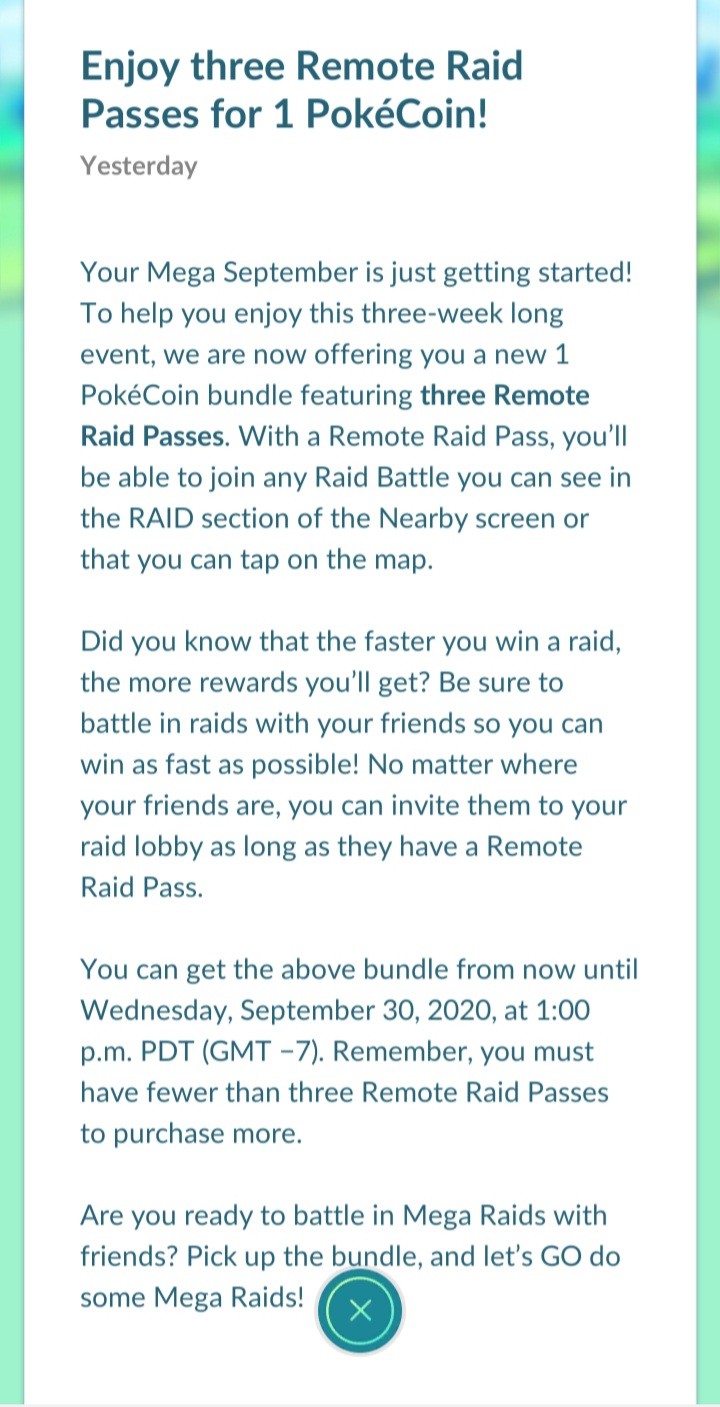 Traditionally, a single Remote Raid Pass costs 100 coins and a bundle of three costs 250 coins. Thus, the massive featured discount is easily evident. Taking advantage of this, newer players can easily gain a headstart at collecting new regular as well as Mega Pokémon. We would suggest taking part in raids with friends and defeating the boss Pokémon as quick as possible to assure more rewards.

We hope you found this article insightful as well as helpful. For more Pokémon Go related content check out our Pokémon Go library which is full of latest news, updates and much more. Enjoy catching Megas all throughout Mega September.