Earlier this year, Poco launched Poco X2 after resting about 1.5 years. However, Poco X2 is not the successor of the Pocophone F1 launched originally as the budget flagship killer. Poco X2 offers decent specs to price ratio, but Poco fans are waiting for the Poco F2.

As per some recent leaks, Xiaomi is working on a lighter version of the Mi Note 10 that was launched was in November 2019. Recently, details of the Mi Note 10 Lite were also leaked on NBTC (A Thailand certification authority). Well, now a renowned tipster from China confirms that Mi Note 10 Lite will debut in the European market in May. He also claimed that the Poco F2 will also launch in May.

The M2004J11G model number is the POCO F2. At least the IMEI database suggests that.
Now, feel free to retweet.#POCO #POCOF2 pic.twitter.com/eaMmGUhOmI

Another Chinese tipster also claimed that Poco F2 is the Redmi K30 Pro for the global market without 5G. Check out his tweet below: 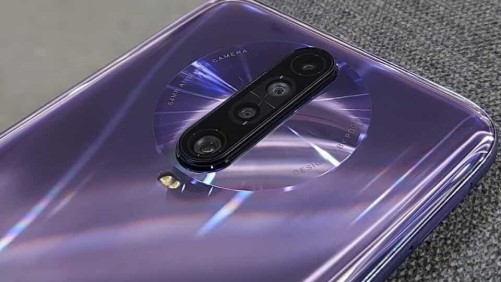 POCO F2 was also recently spotted in the FCC listing, confirming that POCO F2 has been under works and in spite of all the chaos due to the pandemic. Check the image below: 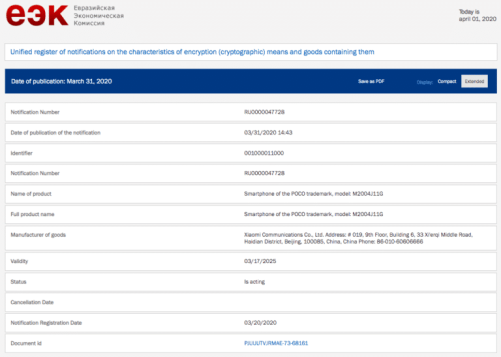 POCO F2 is rumored to equip an octa-core processor with a Qualcomm Snapdragon 855 chipset. A lot of reports have been stating that POCO F2 will boot on Android 9 OS but at this time, we can all expect a flagship device like POCO F2 to come with Android 10 OS out-of-the-box. There are no details about the display dimensions, but we can assume the smartphone to rock a 6.39-inches display or the closest screen size to that.

Talking about the camera details, we can boldly conclude out of all the rumored reports that POCO F2 will equip a triple camera setup at the rear end where 48MP will be the primary sensor. There are no details available about the front camera, but leaks have been stating that POCO F2 will rock a dual selfie camera setup. The device will be run by a 4000mAh battery and likely come with a 6GB RAM 128GB ROM as the base variant.

Note: We will update this article if we receive further information about POCO F2, so stay tuned. Also, share this article with all those who are waiting for this device.