Plants vs Zombies: Battle for Neighborville is a third-person shooter game and was released as a standalone game for PC, PS4 and Xbox One on September 4, 2019. Similar to previous games in series, players take control of either plants or zombies in the game. The game has received positive reviews from critics upon release.

Coming to now, many players are currently facing an issue with in-game challenges. An in-game bug is preventing challenges from appearing or refreshing. Game developers have officially recognized the issue on Twitter. Have a look at the official statement down below. 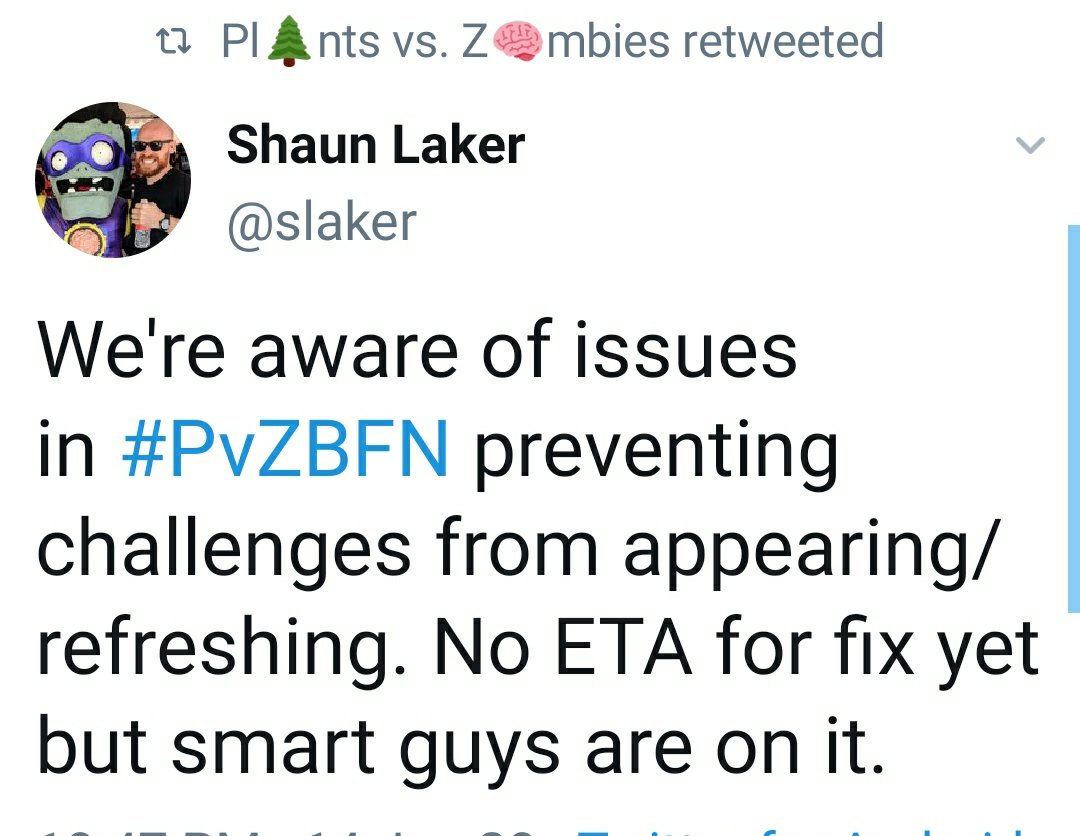 We certainly hope that the issue will be resolved at the earliest. We are keeping a close tab at all the developments and whenever any official update will arrive regarding this, we will update the post.

For a quick recall, the game is only available on Origin launcher powered by EA games. Also, you can check the game’s minimum & recommend requirements from below.