The Chinese OEM Xiaomi is renowned for its smartphone, but apart from smartphones, it makes dozens of other smart gadgets and devices, especially in its hometown. Xiaomi has also launched a couple of smart TVs in India based on the Android platform tossed with its custom UI for TVs called PatchWall. Xiaomi, as with its smartphone, is quite active in rolling out new updates to its TVs. Now, the brand is rolling out another update for its TV lineup in India.

The latest update of TVs brings the PatchWall 3.0, which brings new content partners and other UI enhancements. The update also brings in the integration of recently launched Disney+ Hotstar in India. You can check out the complete changelog below and list of TVs that will get the PatchWall 3.0 update. 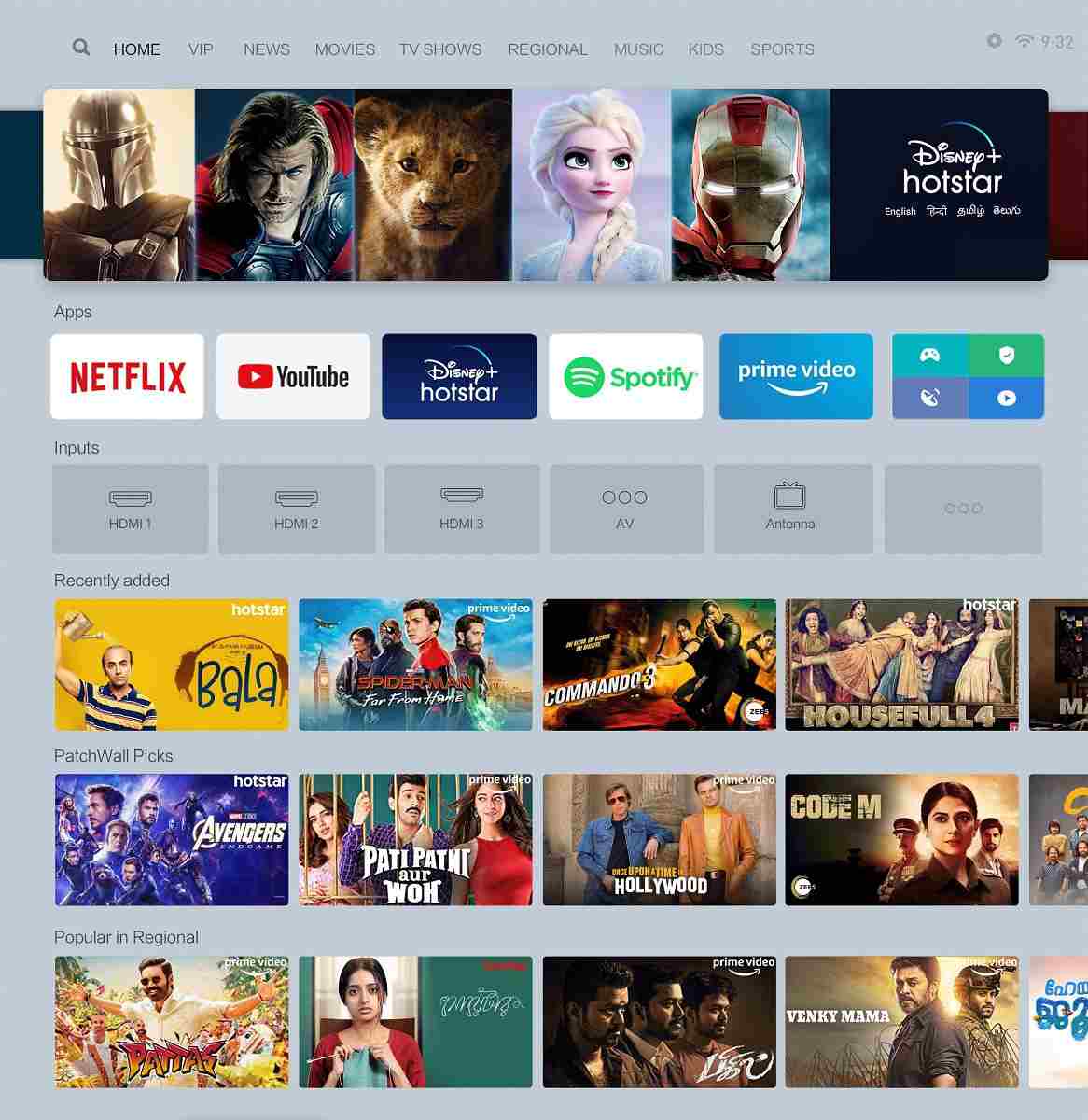 UI enhancements such as:

Starting from April 6, 2020, PatchWall 3.0 update will start rolling out to the following TVs ;

Rest assured, we will be updating the post as and when some relevant news and info arrives. Stay tuned.