Chinese OEM Oppo manufactures some of the most amazing and value for money devices in the smartphone industry. Along with some really amazing flagships, Oppo also offers a lot of mid-range and budget centric devices as well. Oppo phones offer a very good amount of value for money along with very powerful specs and come with beautiful design. Indian users love using Oppo smartphones and that’s the reason Oppo devices are extremely famous in India. The Oppo K5 is one such example of a great smartphone. The Oppo K5 was launched back in October 2019.

The Oppo K5 features a beautiful 6.4 inch 1080p Super AMOLED Screen. The device houses the powerful Qualcomm SDM730 Snapdragon 730G chipset and comes in several variants with up to 8 GB of RAM and 256 GB of storage. The device currently runs on Android 9 Pie with ColorsOS 6.1on top. 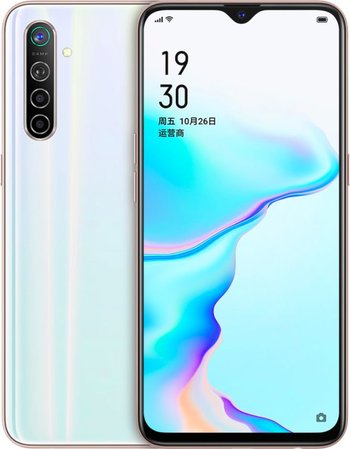 Talking about the camera, the device has got a quad-camera setup at the back with a 64 MP sensor being the primary camera, an 8 MP sensor for capturing some ultrawide shots and two sensors of 2 MP each with on of them being for depth sensing. On the front, it has got a 32 MP camera for taking some beautiful selfies.

The device is fueled by a huge 4000 mAh battery with support for 30W VOOC 4.0 Fast Charging which can power up the battery to a whopping 67% in a tiny fraction of just 30 mins. The smartphone comes with all the major sensors and sports an In-Display fingerprint scanner. The device also features a Type-C 1.0 reversible connector.

The Oppo K5 has been missing out on the latest ColorOS 7 based on Android 10. Oppo K5 users have been asking the possible dates for the update.

Brace yourselves up if you own an Oppo K5 because today we bring with us the most anticipated news for all you guys out there. Well, users have been recently speculating a lot about the Android 10 update for their devices. So for all the Oppo K5 users, here is the update:

Anyways, Oppo K5 users might have to wait till April to get the Android 10 Update.

Stay tuned for more updates on further developments on the Oppo K5 Android 10 update. Share this article to all those who have been waiting for the update.

Trivendra sees himself as a curiosity seeker and always finds gadgets and fictions endearing to him. With an immense love for technology and a thing for writing, here he is at DigiStatement, juggling between the best of both worlds perfectly.