In the past few years, China-based smartphone manufacturer Oppo has made it to the top lists in the smartphone industry. Oppo has proved itself as a tough competitor to its fellow rivals with its innovative devices. Oppo devices are prominently known to offer an extremely amazing value for money and feature specs that are at par with other devices of the same price point. They offer a great number of amazing smartphone lineups. The Oppo K3, F9, and the F9 Pro are some awesome devices by Oppo. All these devices were launched last year in 2019. 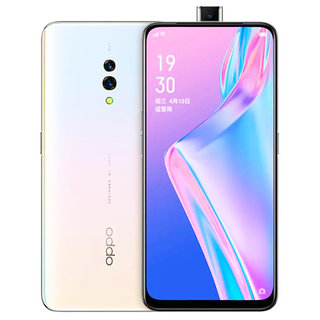 The Oppo K3 comes with a huge and beautiful 6.5 inches AMOLED screen and is powered by a Qualcomm Snapdragon 710 processor. Contrary to this, the Oppo F9 and the F9 Pro come with a 6.3 inch IPS LCD display and are powered by a Mediatek Helio P60 processor. All these devices come in different configurations of RAM and storage. All of them have the same Dual-camera setup at the back with a 16 MP primary sensor and a 2 MP sensor for depth sensing. The K3 has a 16 MP pop-up selfie camera while the F9 and the F9 Pro have a 25 MP selfie shooter.

The Oppo K3 comes with a 3765 mAh battery while the F9 and the F9 Pro come with a 3500 mAh battery. They also come with the VOOC 3.0 Fast Charging. These devices currently run on Android 9 with ColorOS 6 on top.

Oppo has confirmed through official sources, that the Oppo K3, F9, F9 Pro is scheduled to receive the trial version of Android Q update with the latest ColorOS 7 in the month of April. Cheers Folks! You can check out the official Android 10 trial version update roadmap of Oppo devices below: 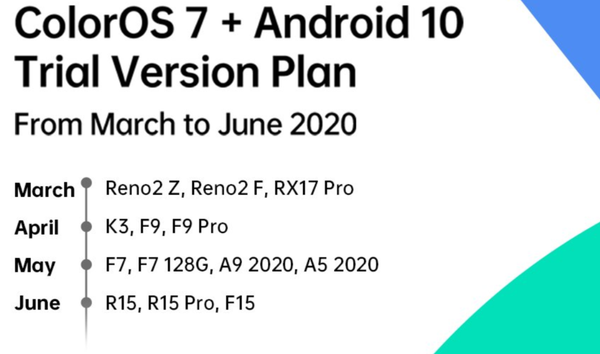 Stay tuned for more updates on further developments on Oppo K3, F9, F9 Pro Android Q update. Share this article to all those who have been waiting for the update.

Keeping its promise Oppo is finally rolling out the Android 10 update for Oppo K3 based on ColorOS 7. Well, the update is only live for beta tester.