With the launch of probably the best flagship we have seen so far, OnePlus seeks to reign over the industry. Chinese OEM OnePlus has never leaped back on delivering premium devices with killer specs and faster performance. The latest OnePlus 8 series takes the speed to even a level further. OnePlus has successfully impressed all of us with its breathtaking and stunning OnePlus 8 Series. Well, not just the specs but there’s also a lot more on the software side as well. Yes, you heard it. The OnePlus 8 series comes with a bunch of new cool features. 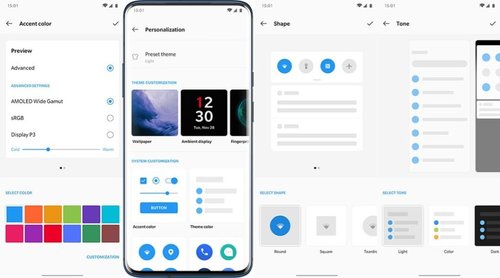 Well, Android 11 is still in the mid-development phase so OxygenOS 11 is yet a little far to come. We have been hearing that the OxygenOS 11 will come with tons of awesome and new features. But, given that there’s still time for it, OnePlus has something else for the OnePlus 8 series. The OnePlus 8 series comes with Android 10 out of the box with the OxygenOS 10 on top. This is an all-new update that brings new and amazing features to the OnePus 8 series.

Alongside the launch of the OnePlus 8 series, the OEM also announced a bunch of new and cool OxygenOS features that come with these devices. These are some of the most awaited features that we finally got to see. All these features make OxygenOS better and even more interesting to use than before. Enough talking, now let’s jump straight into those features. 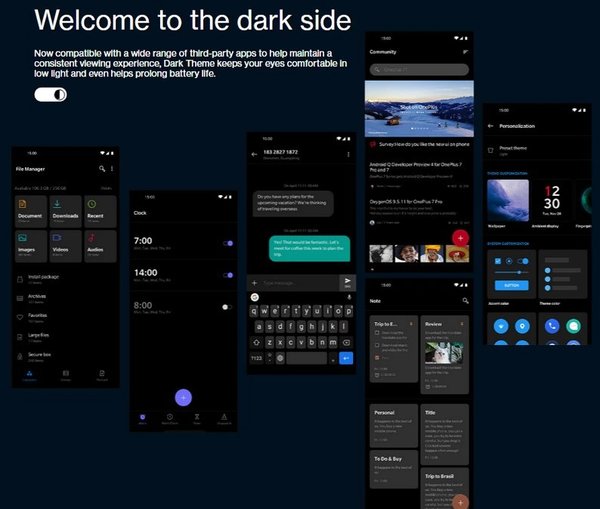 The feature that is the most loved and sought after by people is now improved. The new dark mode brings a system-wide dark mode. All the third-party apps and system apps now are completely supported by the Dark Mode. This brings an overall consistent and much better look and experience. It has also been optimized to reduce battery consumption even further than before. OxygenOS looks beautiful and feels awesome to use with this system-wide dark mode. 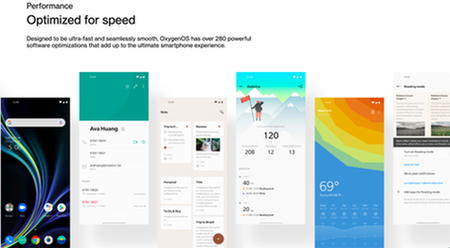 OnePlus never compromises with speed. That being said, apart from the faster hardware specs, OnePlus has also made a couple of software tweaks and optimizations to bring a much faster experience. Not just a few tweaks but OnePlus has introduced all the way up to 280 optimizations. These include smoother animations and faster navigations. OnePlus calls it the Smooth Battle 2.0. These feature coupled alongside the higher refresh rates and faster specs will make OnePlus devices a speedster in performance.

Well, OxygenOS already had one of the best navigation gestures that even sometimes felt like the stock Android 10 gestures. Seems like OnePlus has improved it further. These new optimizations make the navigation gestures easier to use and much smoother than before. These full-screen gestures provide an all-new immersive experience.

OnePlus introduces this new feature that intelligently boosts the browsing and download speeds. This works by automatically choosing between the faster connection of the Wi-Fi or the mobile data. This feature works like a charm in providing a stable network connection. However, it is not pretty sure if this raises the download speed significantly. This feature requires both the Wi-Fi and the mobile data kept on. OnePlus calls it the Dual Channel network accelerator.

Well, we all enjoy watching movies and videos on our phones. At, times we require captions to understand if the content is in another language. The Live Captions feature comes in handy in this case. It automatically turns on the captions whenever you start playing a video or movie. You can just sit back at your comfort and enjoy the show. Pretty cool, right!! 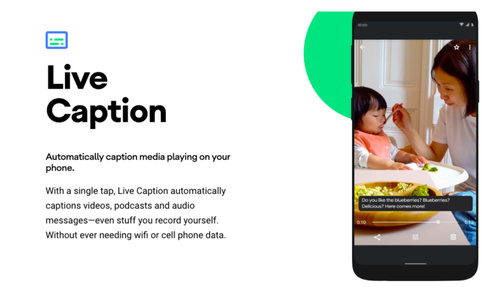 Pretty much as the name suggests, this feature turns the wallpaper on your OnePlus device into a live wallpaper that changes in real-time. It also has the weather widget and depending on the current weather, the wallpaper changes the color and the rest accordingly in real-time. There were some third-party apps like this. But, with the official OxygenOS feature things are going to better and cooler.

One of the best smart AI assistants, Alexa now comes with the latest OxygenOS. We already know how cool Alexa is and what can it do. Now, you can also have Alexa on your OnePlus device and enjoy all its amazing features. Just wake up the assistant by calling “Alexa”, and ask whatever you want it to do. 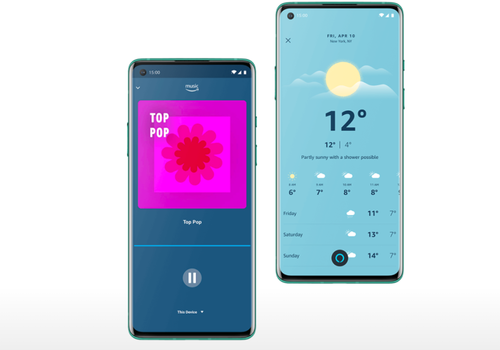 So, these were some of the most useful and interesting features of OxygenOS that come with the latest OnePlus 8 series. Wait, there’s still a lot more. Other amazing features include a new Gallery with Smart Albums, SmartSMS, Work Mode and Life Mode, OnePlus Roaming, Cricket Card 2.0 on the OxygenOS shelf and many more.

Stay tuned for further updates on the new OxygenOS features and more such related content. Also, share this article with all those OnePlus lovers who have been waiting for such cool features.