Nokia has been trying hard to make a comeback. Though the pioneer brand hasn’t marked its impact yet in the market, people still trust the brand and anticipatedly wait for the right device to take off. Nokia has kept its device series straight and simple with numerical names. Nokia 5.3 is the upcoming device that is yet to be officially announced.

Nokia 5.3 is a mid-range device that is expected to be the next-big-thing from the Nokia brand. Before moving on to read about the specs and details about the device, do take a look at the leaked image of Nokia 5.3 that is presently the hot news in the town.

Starting with the display, Nokia 5.3 will rock a 6.55 inches display. The resolution of this device will be 1080×2220 pixels. This model will be sandwiched between a glass front, glass back and wrapped by a plastic frame. We can expect an IPS LCD screen that will likely be protected by corning gorilla glass.

Nokia 5.3 will be equipping a quad-camera setup at the rear end where 16MP will be the primary sensor, 8MP for telephoto, another 8MP for ultra-wide capture and 5MP as the depth sensor. The front camera is rumored to be an 8MP selfie shooter. Though the camera features are not extremely high, Nokia always promises great quality. 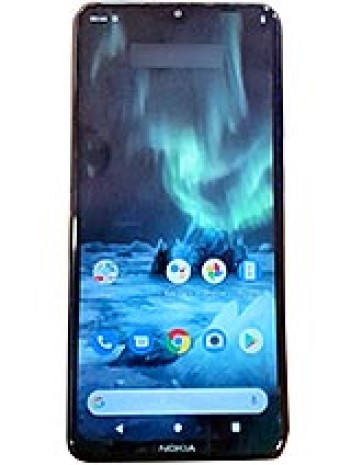 This model will be powered by a Snapdragon 665 chipset combined with an octa-core processor. Nokia 5.3 is rumored to be available in three variants- 64GB 3GB RAM, 64GB 4GB RAM and 64GB 6GB RAM. The device will boot on a pre-installed Android 10 OS and be run by a 4000mAH battery. 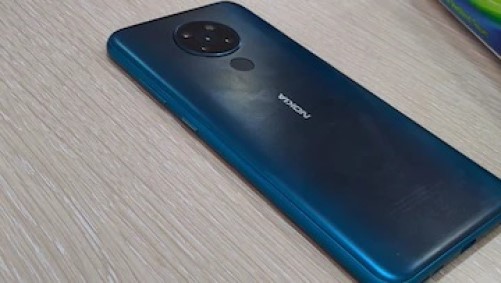 Keeping all the specs aside, the very first look of the Nokia 5.3 is extremely impressive. The brand has decided to stay out of trend by choosing its classic matte finish at the back. The frame of the rear panel of the device is embedded in the same color- Blue. The Nokia logo (which is the lettering itself) is placed in the center of the back end of the device.

Coming to the most important part, the device is equipped with a quad-camera setup at the rear end. The cameras are positioned in a circular border with the LED flash inside the circular module too. The fingerprint sensor is placed right below the circular camera module, on top of the Nokia lettering.

Nokia 5.3 will cost around Rs. 11,999 (base variant) and will be available in Cyan and Charcoal colors.

The official release date hasn’t been announced yet but rumors report that the Nokia 5.3 will likely be launched at the end of the month March 2020.

Note: We will update this article when we receive any news about Nokia 5.3, so stay tuned. Also, share this article with all those who are waiting for this device.