No Man’s Sky Nintendo Switch Release Date: When is it coming out

No Man’s Sky (NMS) is a survival game set in the infinite universe. NMS is an open world, rather, an open planet survival game. In NMS you have to farm resources, build bases and explore to uncover the secrets of the universe. It has multiple galaxies and planets for you to explore. The game also features full spaceship controls and fights. It was developed by Hello Games and came out in 2016. During its 6-year life, it has received multiple updates both, feature and graphics updates. This has made it a graphically demanding and mechanically intense game to play. In this article, we are going to be taking a look at No Man’s Sky Nintendo Switch Release Date: When is it coming out. 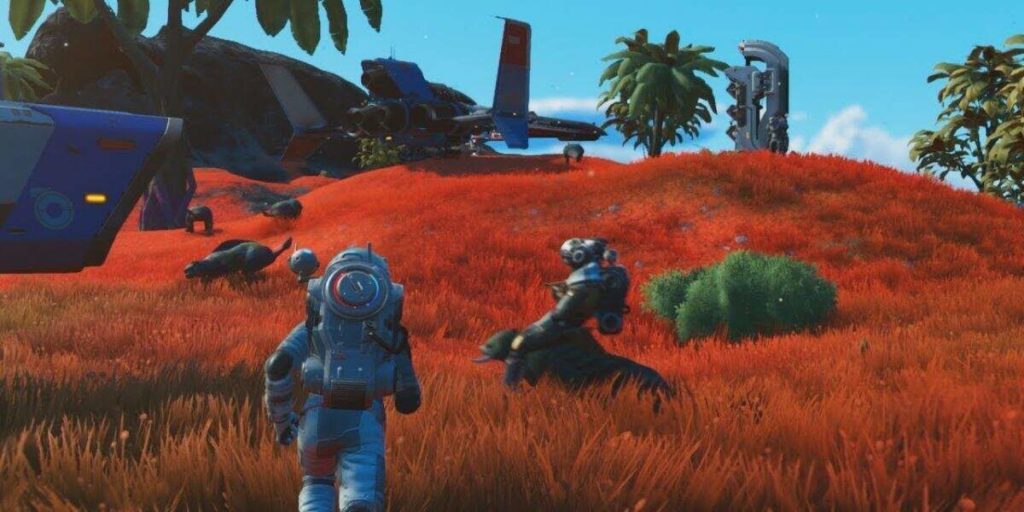 No Man’s Sky is available on all major platforms other than the Nintendo Switch. It has been available on the PlayStation and PC since launch and has been made available on Xbox as well. In addition to this, the graphical improvements and the scale of the game make it demanding and intensive on devices. The many updates and improvements have made it a very fun game to play. It is also a multiplayer game. This means you can play with a group of friends or a team and take on various challenges and missions.

No Man’s Sky Nintendo Switch Release Date: When is it coming out?

These features and the mechanics of the game make it difficult to port to Nintendo. Despite the hurdles and the challenges, the developers, Hello Games have announced a fully-featured Nintendo Switch Port for this game. It will have all the features, updates, and content the base game has received thus far. The Nintendo Switch Port is scheduled to come out on the 7th of October this year. It will also have optimized controls which will make it playable on the Nintendo Switch.

There is speculation on if the Switch will be able to handle the game because of its graphical demands. Despite this, the developers have assured the community that the port will offer stable and playable FPS to the Nintendo Switch players. The developers have gone as far as sharing a video showing gameplay on the Nintendo Switch to assuage the fears of the community. In the video, the game was seen running smoothly and the tester had no issues playing the game. It remains to be seen however if the game runs as smooth as the video made it seem. We hope that this port will bring the game in all its glory to the Nintendo Switch but only time will tell if the port is worthwhile or not.

Roller Champions: How to get Wheels