Nintendo Switch Game Card Error: How To Fix It In 2021

If your Nintendo Switch has got a game card error, here's how you can fix it

The Nintendo Switch is a popular console, launched by Nintendo on October 20th 2016. Therefore, it comes under the eighth-generation console, competing with the Microsoft Xbox One and the Sony PlayStation 4.

Nintendo Switch is a hybrid console. It comes with a 6.2-inch tablet, providing a 1280×720 touch display. Therefore, Switch can either be docked for use as a home console or can be carried around as a portable device. The wireless Joy-Con controllers can be attached to both sides of the console. This supports handheld-style play. Joy-Con comes with standard buttons and directional analog sticks for user input, tactile feedback and motion sensing.

But Nintendo gamers have issued multiple errors. These issues can hamper their gaming experience. Although some errors have been addressed by Nintendo, various other errors remain unaddressed. Nintendo Switch users have reported Game Card Error. What is this error? How to fix this in 2021? Read this blog as we talk about the error and fixes for the Game Card Error. 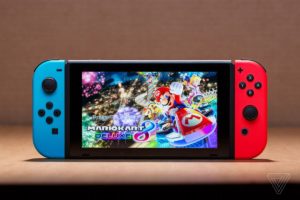 Nintendo Switch Game Card Error: How To Fix It In 2021?

The Nintendo Switch comes with a 1280x720p touch-screen display on a tablet. The system comprises of NVIDIA Custom Tegra processor. Although users get an internal storage of 32GB, with the help of a MicroSDHC or MicroSDXC card, you can expand the storage up to 2TB. By connecting it with the TV, using HDMI, gamers can clock a 1080p display. But the Switch faces issue in reading game cards. This can be an occasional and random error with the system only reading games every other time or it can be consistent with the console not reading games at all.

The problem can appear in a couple of different ways:

Many people recommend blowing into the console, in order to fix the game card read errors. We would strongly recommend you not to blow on the console’s cartridge as the moisture your breath carries can lead to corrosion on card and console contact points. This would permanently damage your Switch.

If this issue continues, try to utilise a different game card for Nintendo Switch. If the second game card works, then the non-working game card will need to be replaced or repaired. These are some of the ways you can fix your Nintendo Switch Game Card error.