Night Sky February 2021: What you can see this month?

by Anjali Sulaniya
in News, Technology

February, a worldwide celebrated month all over the globe. Although the days might be less in number but the month never fails to fill the atmosphere with love!!! Talking about the atmosphere, have you ever had a chance to sneak out of your busy schedules and have a glance at the most wonderful of nature? The night sky, you might not be able to see the Halley’s Comet every time you look up to trillions of gaseous bodies but the twinkling stars themselves worth a watch.

This year we have more than just stars to be amazed of, if you have the habit to be first on the scene you may not want to miss this opportunity. From 21st February to 28th February we have the opportunity to witness one of the most marvelous creations of mankind, The International Space Station. On 25th the ISS will be visible at 5:00am in south eastern sky, worry not it’s the earliest alarm you have to set, the other appearances would be comparatively later between the timeslot 5:45am – 6:30am. You can skip you morning routines once in a while and when it comes to viewing the most peaceful view of morning sky, it’s not such a bad idea after all. 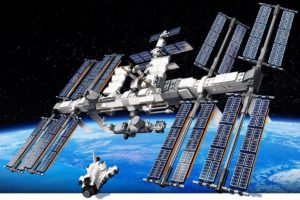 We might not have been able to celebrate the New Year with great pomp and show but we still have the chance to unbox the gifts of the night sky, which we usually cover up with fireworks every year. So let’s go unwrapping the gifts one by one!! 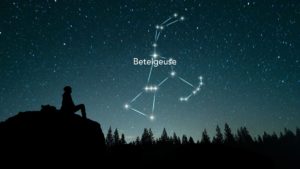 The star defends its name as it pulsates in size. Having capacity of holding 900 suns in its size, it’s indeed huge!! No wonder why it’s the super-giant red star.  Astronomers discuss of its nearness to enter the next stage of its life in a short period of time (a short period of time for a star may not really be short to humans though!!). 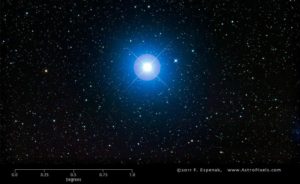 Rigel is 61,500-363000 times luminous than the sun, isn’t it under-rated!? Rigel as consumed its core fuel hydrogen and has become a colder supergiant (it’s cool anyways!). With the age of 7-9 million years it’s still a kindergarten student when compared to university students of the galaxy. Being 18 to 24 times larger than sun, the Rigel doesn’t give us a chance at disappointment.

Sorry to kill you excitement but we are not going to talk about Sirius black, but Sirius the dog star would not disappoint you either as it holds the title of diamond in the night sky. You might have heard of the north star being referred to as the brightest in the night sky, poor Sirius, it shines with all its might and still has to face the discrimination. Yes! You got it right, Sirius is the brightest star of the night sky. 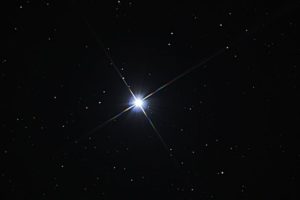 Like most of the other stars Sirius is in binary system with a smaller star, or we should say Sirius has a younger brother. They are referred to as Sirius A and Sirius B, Sirius B being the younger brother is often known as ‘the pup’ discovered in 1862. 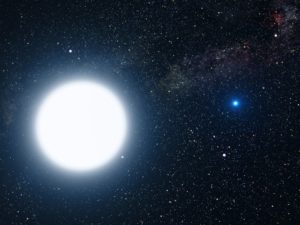 Sirius B wasn’t known until 1860s due to lack of high efficiency telescopes. With a period of almost 365.25 days, Sirius received its name from the Greek word Seirios which means glowing, not to mention Sirius holds the crown of brightest star.

The Twilight fan inside you might get excited listening the name, the name comes from its appearance at the time when snow is at its deepest of the year. Be it the snow moon or the crescent shaped moon, this relative of earth never fails to shower us with its soul soothing moon light and peace. 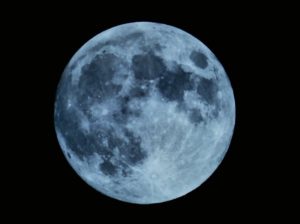