The dive of high-profile video games this summer is going to get deeper because Amazon studios is releasing its most awaited multiplayer game, New World. Initially boated to be released last May, this game’s release got hit by the pandemic and the release was then rescheduled in 2021. The game will be falling under the category of MMO games, space which is dominated mostly by World of Warcraft. The game is set to be released on August 31 this year, whereas the closed beta for the game will be starting on July 20. However, you can pre-order the game now from Amazon and Steam. In this blog, we’ll be giving you complete details about the game’s various editions and prices. 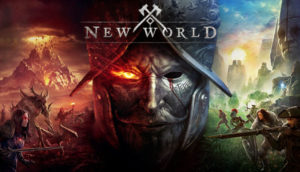 The Deluxe version of this game will be released on 31st August 2021. Many new features and new advantages are enclosed in pre-ordering the game, you will be getting closed beta access to the game along with a unique title. Some of the additional benefits in the edition are:

Instead of being included in the case, the Steelbook Edition will feature a Steam code for the Digital Deluxe edition of New World, which will be given by e-mail. As soon as the servers are online on the launch day, users will be able to enter New World. The Steelbook Edition, like other pre-orders, will grant players access to the Closed Beta, which was just revealed for July 23.

Make sure you get your hands on this intense and engaging game!