All the MMO fans across the globe are gearing up for the release of the highly-awaited video game New World. The game will be available for early adopters in a closed beta version. The game has made headlines for revealing its plans to integrate microtransactions, which will make the game pay-to-win. As a result, popular MMO content providers, have criticized the company’s strategy. The game is available for pre-order. The users who pre-order the game will be getting some exciting pre-order bonuses. Read this blog to know more about the New World Pre-order bonus. 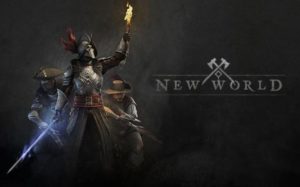 As you all must know, Amazon published New World is now all set and ready to be launched later this year on the 31st of August. It has been now opened for pre-orders for all its editions. It has 3 editions, Standard, Deluxe, and Steelbook.

The game is basically set in the 1600s, wherein the Atlantic Ocean, players develop a fictitious nation fashioned after colonial America. The publishers have now made it very clear that there is no monthly subscription for the game, instead, just a one-time payment to get lifetime access to the game. This amount will differ in all the 3 editions of the game.

What will be the pre-order bonus in New World?

The game has not been released and yet there is much hype on pre-ordering the game to unlock and get access to some of the premium content and bonuses within the game. Many players are looking forward to pre-buy the game. Here, we’ll be telling you why you should totally go and pre-order New World!

So, what are you waiting for? Grab your latest edition of New World right away on Amazon games or Steam!