Call of Duty Mobile is the most popular first-person shooter mobile game these days. The game was launched on November 1, 2019, and managed to engage record-breaking players in its first week of launch. The mobile version of the popular franchise has over 100 million downloads on Android and iOS platforms.

Well, CODM has millions of active players worldwide, and the credits go to the developers. Since the launch, the game is constantly receiving updates for new Events, new Modes, new Weapon Skins, and a lot more.

In earlier updates, which have seen the arrival of popular game modes from the previous COD titles, like Hardpoint, Domination, and others. And it looks like another fan-favorite MP mode is in pipeline.

If you are supposed to be a fan of the COD franchise, you must have heard of the Prop Hunt game mode, But, if not, let us tell you. Prop Hunt game mode was featured in Call of Duty: Modern Warfare Remastered for the first time and made its way to other COD titles like Black Ops III, WWII, and Black Ops IV.

In Prop Hunt, there will be two teams. Prop teams will be given 30 seconds to find a hiding place on the map, whereas the “hunters” must seek them out. Prop team players are given the Deadly Silence perk to make them quieter. Well, the Prop-Hunt game mode sounds exciting, and in previous COD titles, it was one of the favorite modes of the community.

Well, the developers have not announced the release date of this new mode, but we are expecting the release with the arrival of Call of Duty Mobile season 2. The new season arrives at the end of this month. So, stay tuned for the latest news and updates.

The new Prop Hunt game mode is going to launch soon in Call of Duty” Mobile. And well, we have some more information about this new game mode. The Ranking Rules of the upcoming gaming mode has been leaked. And we can’t even wait to check out this new mode.

Talking about the ranking rules of the prop hunt game mode. The rank is based on individual points obtained by destroying props as a human or surviving as a prop in a round. And of course, higher the points, higher the rank.

For your information, there will be two different rounds, in which you will get the chance of being a human and hunt down the prop, whereas, in another, you will be a prop, where you have to hide from the human to survive. 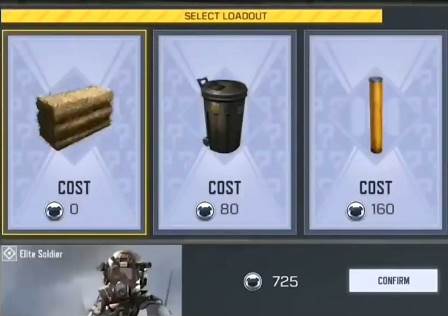 As a prop, you will get three options, and you can choose the prop you want to be. There will be three options on the loadout, you can buy any one of them.

Talking more about the new mode. As a prop, you will get three skills to help you to survive the hunt. The three skills are Decoy, New Appearance, and Flashbang.

Skill 1: Decoy – Players will be able to place three identical decoys to the prop they are playing as in each round.

Skill 2: New Appearance – Players have an opportunity to switch their prop type randomly for each round they play as a prop.

Skill 3: Flashbang – As the name suggests, the players who are playing as a prop gets a chance to flash hunters and escape.

If you play as a hunter, you just need to find the props and hunt them down with your weapon.

The global version of Call of Duty: Mobile finally teased the upcoming Prop Hunt Multiplayer Mode. The banner of the new mode can be seen on app launch. Check out the image below.

This official teaser for the upcoming mode clearly shows the multiplayer mode will be available soon in the game. Well, still, no official date has been announced, but we are expecting the new feature to drop at the starting of next week. Stay tuned, as we will keep you updated with the latest news about the new modes.

Developers have decided to bring in a lot of changes to Call of Duty: Mobile with this new year. Well, there are no major changes. The very first surprise includes the new weapon called Pharo (SMG), which can be obtained from a dream crystal weapon crate. And the second change is made to the Prop Hunt mode.

Earlier, as you know, only a single map was available in the Prop Hunt mode; Raid. And now, two new maps have been added to the prop hunt mode. Now, players can enjoy the multiplayer mode in Crash and Stand Off maps. The maps mean new places to hide, means more exciting matchmaking. So, what are you waiting for, Play Now.