The Gears of War Franchise has been holding up to its reputation with its last released Gears of War 5 launched in Sept 2019. Receiving many positive reviews from the gaming community, it soon became a huge hit. However, a new Gears of War 6 might be on our way in the upcoming years or so for the next-gen consoles. Here’s everything you need to know.

Developed by The Coalition, the Gears of War series is known for its engaging gameplay and fluid mechanics. The 5th installment of the series, Gears of War 5 is no doubt a very impressive game but with the introduction of the next-gen consoles, fans are eagerly waiting for Gears of War 6 which might include next-gen support. 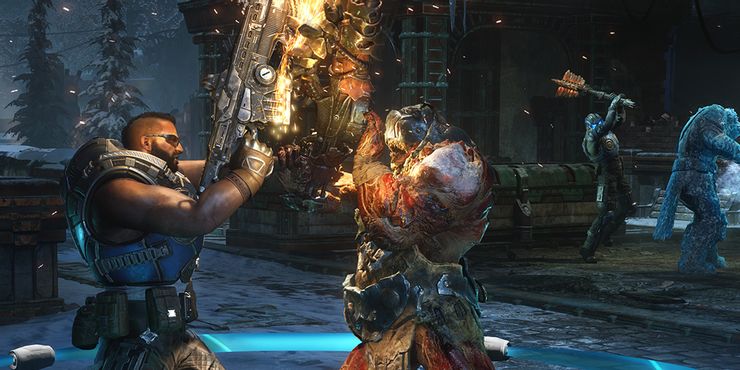 We are certain about the release of Gears of War 6 is because of how the story ended in Gears of War 5. The story itself suggested a sequel in the upcoming years so it is possible that the new Gears of War 6 might be released soon.

As per the pattern followed by the Gears of War series, the last two versions were released 4 years apart. So we can predict that the new Gears of War 6 might be released in 2023-24. So, for those who were thinking about the launch happening anytime soon, a huge disappointment awaits you.

However, no official release date has been announced yet. So, it is hard to tell whether the predictions are on the right track.

If the game is to be released in 2021 or later, it is bound to be available on the next-gen consoles PS5 and Xbox Series X|S. So, enhanced graphics and immersive visual effects are going to be introduced in the newest installment of the Gears of War series.

Although we can’t say for sure if Gears of War 6 will be releasing anytime soon, we can expect some huge modifications in the upcoming version. Let’s wait and see what changes they bring to the table.