Well, fans have been waiting for the NBA 2K20 My Team Prime Series 2 and it looks that 2K studios are going to reveal it soon.

Today, on various social media accounts 2K studios revealed that NBA 2K20 My Team Prime Series 2 will be featuring Dwyane Wade too. For now, the developers haven’t revealed the full details of the Prime Series 2. But, we can expect all the details later this week. 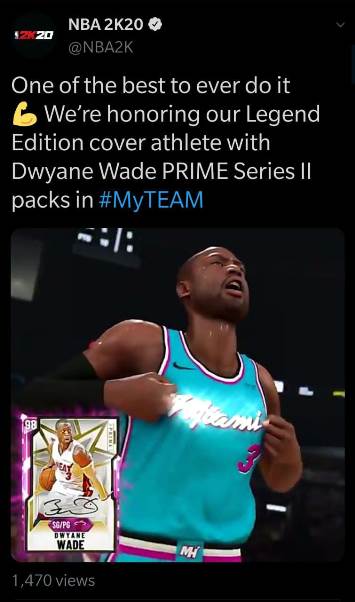 Stay tuned, we will update this space with the latest news and updates.