2K studios later revealed that the My Team Prime Series 2 features Multidimensional, New Year’s Resolution along with Dwyane Wade pack. Players can use the locker code below to get any one of the packs. We will be mentioning the code below. Make sure to use it as soon as possible, as it will expire after a week. 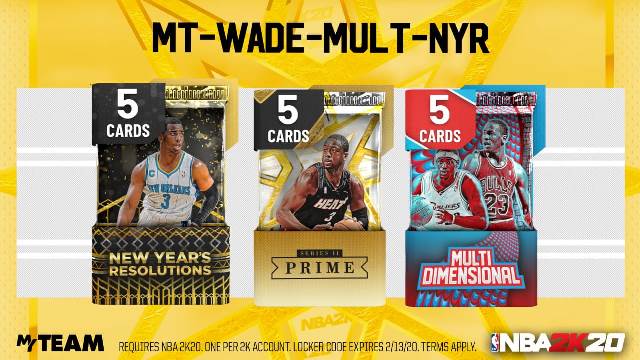