When it comes to Basketball games, NBA 2K20, undoubtedly picks the top spot. The game was released on September 6, 2019, and Visual Concepts has developed the game. 2K Sports is the publisher, and it is the 21st title in the NBA 2K series. The game is available on Xbox One, PC, PS4, and Nintendo Switch.

Speaking of NBA 2K20, it is based on the National Basketball Association. Anthony Davis features on the cover of the regular edition of the game. During the initial days of release, the game was very buggy, which led 2K to release a couple of updates to fix the lingering issues.

Well, today, 2K has released another update for the game. The new patch is coming along with version 1.12 & it is rolling out on all the platforms including PC, Xbox One, & PS4. Update 1.12 is roughly 580 MB size on PS4.

Devs have not shared any patch notes for this update yet. Even with the last update, developers released the patch notes for the game, two days after dropping the update. But early reports are suggesting that the latest patch has fixed the following issues. We will also update the complete patch notes whenever they go live.

Here are the patch notes shared by @2KIntel: 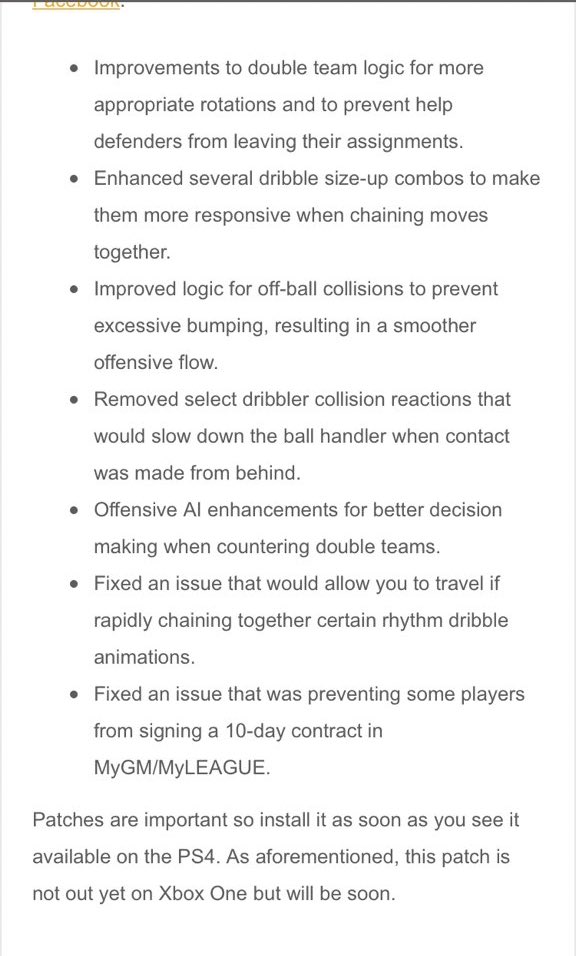