Nanatsu No Taizai is reaching is climax with the fight against the Demon King. In chapter 329,  we saw Zeldris fighting against Demon King in the imaginary world while Sins were dealing with damage to his body possessed by commandments. In the end, Zeldris was able to defeat slash Demon Kings into parts with Nebula which led the separation of commandments from his body in the outside world.

Chapter 330 is going to release this week, but before that, raw scans are out online. You can read them below, but keep in mind that the translations below are complete spoilers for Nanatsu No Taizai Chapter 330. 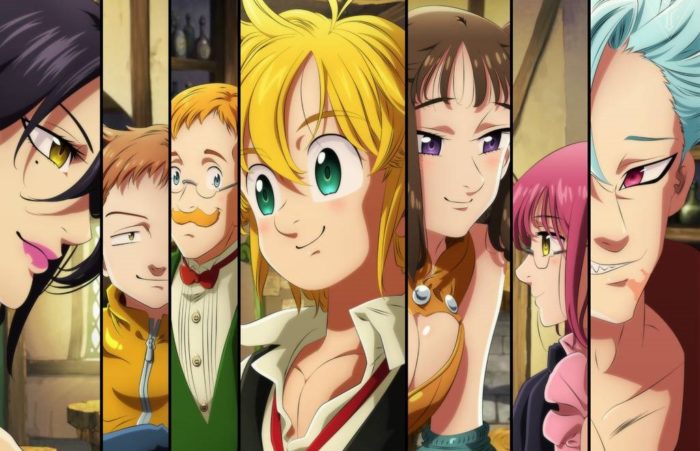 Below are the translations of Nanatsu No Taizai Chapter 330 raw scans.

A dark monster separates from Zeldris’ body. That monster is none other than Demon King who tries to go after Zeldris again, but Ban rescues him. After regaining consciousness, Zeldris realises he won and falls into Gelda’s breasts.

Demon King flies high into the sky and screams, “You bastards remember this….” and explodes and separates. He sucks everything after touching it.

Merlin says that after getting rejected by Meliodas and Zeldris, now he’s trying to make very ground of Britania his own.” Demon King says that “I can clearly see the fear of everyone living in Britania. Everything is because of the evil deed from those sinners… Come….and give up!!! The sin to oppose the demon king is bigger than anything else!!”. Zeldris tells him that he has no chance of winning anymore and gets ready along with Meliodas and sins to defeat him.

Thanks to Bakadata for translations.

Nanatsu No Taizai Chapter 330 is releasing on October 29th.