MultiVersus is the new fighting game in town. It is based on the concept made popular by the Super Smash Bros series of games and is a platform fighter. The premise of the game is simple, make sure you or your teammate is the last man standing. You can eliminate your opponents by gradually damaging their health bar. You can also defeat your opponent by letting them fall off the ring. Like most modern games, this game too leans heavily on cosmetics. It makes sure that there are cosmetic differences to certain things you can do in-game. One of those things is Ringouts. This article will deal with how you can change these ringouts and equip new ones in MultiVersus. 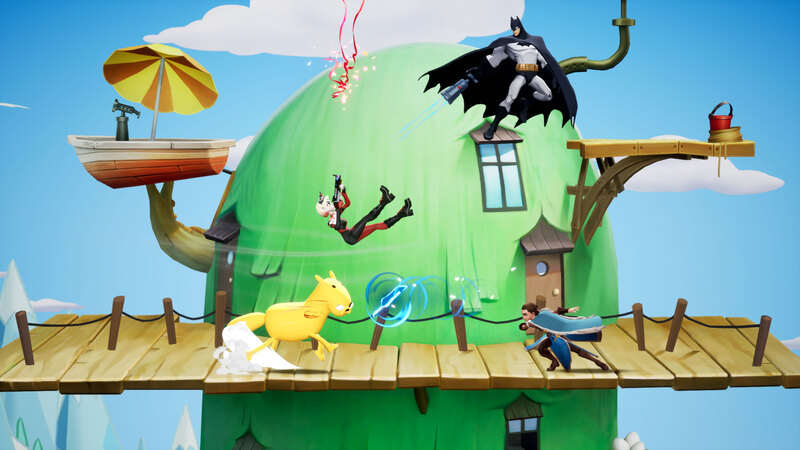 Ringout is a blanket term used in MultiVersus to describe the effect that shows when you knock your opponent off the ring. It is one of the ways in which you can customize your game and give it some more character and life. In addition to being a cosmetic item, it also lets you know that you have knocked someone out of the ring in intense situations. They are also unlockable cosmetic changes and some of them can be an accolade confirming a mark of skill as well.

MultiVersus: How to equip new Ringout?

MultiVersus is a very simple game. It has a very polished and simple user interface. This usually results in most people being able to navigate the game easily. In line with this simplicity, the game makes it very easy to modify and equip new cosmetics. Almost all cosmetic changes to the game are in the collections tab in-game. Here, you can not only change the ringout you have equipped but also a lot of other cosmetics such as frames and name cards.

In order to equip a new ringout, you will have to head over to the Collections tab. Here, you can see a list of ringouts you can equip. In this list, there will also be locked ringouts you have to unlock. These can be unlocked by various in-game activities. These can be challenges, milestones, or other unlockables. There is also a list of ringouts that have to be unlocked through the use of Gleamium. Gleamium is the in-game version of gold coins in MultiVersus. These have to be bought separately and can be used to unlock characters and other cosmetics in-game. They are a form of in-game currency and they have to be paid for independently.

Tower of Fantasy: How to get Carrion Snails

Tower of Fantasy: How to get Carrion Snails