by Rajveer Tuteja
in Gaming, News

MTG Arena, a collectible card game is releasing today in an early access version for Android phones. In the game, users can gain cards through booster packs, in-game purchases or by micro-transactions. The victory of the player depends on how strong their deck of cards is. MTG Arena’s beta version for PC was launched in Nov 2017, with final versions for Windows and macOS coming out in September 2019 and June 2020 respectively. 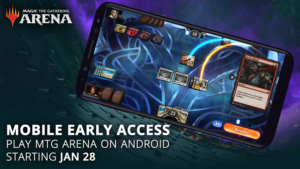 Along with the release of the game, the company is also launching a new set of cards. These cards are themed on Vikings and has been named as Kaldheim. The game is free to download but players will have to spend a little money to create a decent deck. Users won’t be able to transfer their physical cards online but there’s an exception to this. Planeswalker decks will come with a code to unlock them on the online version.

Some specifications have been recommended by the company which will be required to run the game smoothly.

Magic has also released a list of phones capable of running the MTG Arena’s early access version. Some of them are –

There are many more supported devices listed on the company’s website which you can check here. The company has stated that the game will be available for all devices, Android & iOS in the coming months.

The game is now available on Google Play Store for selected devices. It won’t show on search if your device is not under the compatible devices list yet. However, you can grab the link below to see if it runs on your mobile.

According to a Reddit user, shouldcould, the app will release after the end of the maintenance break. Have a look at the image below which confirms the same. 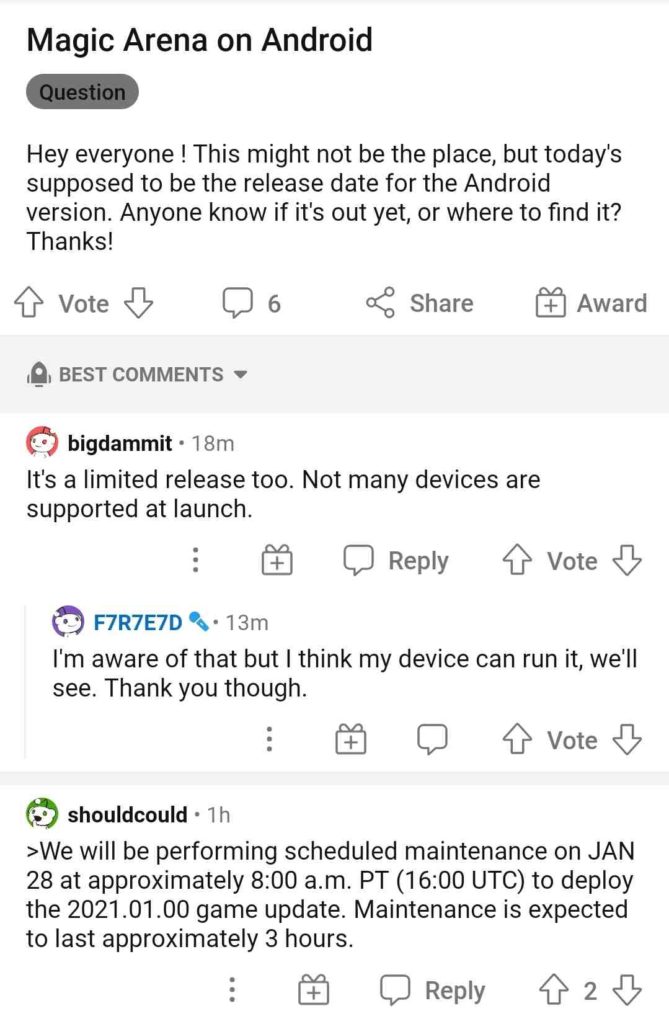