Mount & Blade Bannerlord 2 is a strategy action role-playing video game developed by Turkish company TaleWorlds Entertainment. An early access version of the game was released on March 30, 2020, and quickly became the largest launch of the year on Steam, achieving more than 200,000 concurrent players. Although this game is becoming very popular, it is enclosed with some errors. The game is reported to crash and not launch again. If you are also facing the same error, we have some fixes for you in this blog! 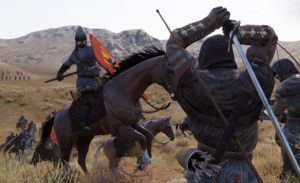 Mount & Blade II: Bannerlord takes place 210 years before Mount & Blade: Warband, on the fictional continent of Calradia, during the fall of the Calradic Empire and the formation of the forerunners to the factions that appear in Warband.

It is a strategy/action role-playing game. The fundamental gameplay premise is the same as previous entries in the series: the player builds up a party of soldiers and performs quests on an overhead campaign map, with battles being played out on battlefields that allow.

The relationships between characters have been greatly improved in Bannerlord. Moreover, the player will try to convince non-player characters to do what they want using a more advanced dialogue scheme. The player must fill up a progress bar by successfully pressing their arguments when conversing with a character; if the bar is filled, the character will give in to the player.

What is the launching and crashing error in Mount & Blade Bannerlord 2?

Launching error is one of the most common errors reported by players which does not let them enter the game or access saved data within the game. And, even if the game launches, it crashes unexpectedly on startup. There is no error code associated with the error and hence makes it difficult and frustrating for the user to understand the cause of the issue.

How to fix the launching and crashing error in Mount & Blade Bannerlord 2?

Although there is no patch update for this error happening in the game, we have some solutions which might help you fix the error from your end.

Overlay apps are pretty useful for pro gamers or multiplayer as overlay options offer plenty of features that you may not find anywhere else. You will be needed to close these applications to fix the error.

These solutions should help you fix the error in the game. However, if you are still facing this error, simply contact the support team by clicking here.

Mount & Blade Bannerlord 2 keeps crashing while starting Campaign: How to fix it ?

Among Us Stickman Imposter Mod : What is it ?

Among Us Stickman Imposter Mod : What is it ?