Mount & Blade Bannerlord 2 keeps crashing while starting Campaign: How to fix it ?

TaleWorlds Entertainment has released Mount & Blade Bannerlord 2, a strategy action role-playing video game. It’s a prequel to Mount & Blade: Warband, a stand-alone expansion for Mount & Blade, which was released in 2008. It is being played worldwide on Microsoft Windows. Despite its popularity among gamers, it has some errors and glitches. Crashing while starting a campaign is one of the issues faced by the users. If you are facing this issue and want to fix it, we have it all covered in this blog! 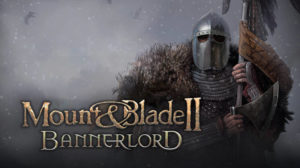 Mount & Blade II: Bannerlord is a role-playing game that combines strategy and action. The basic gameplay principle remains the same as in previous games in the series: the player assembles a group of soldiers and completes quests on an overhead campaign map, with fights taking place on battlefields where the player can directly participate in combat alongside their troops.

With a setting inspired by the Migration Era, Bannerlord takes place 210 years before its predecessor. Bannerlord was first revealed in 2012. 1st In late 2016, TaleWorlds launched a Steam page for the game, and the following year, the company started publishing weekly developer diaries detailing the game’s features.

What is the crashing while campaign issue in Mount & Blade Bannerlord 2?

Crashing while the campaign in this game mostly occurs mostly when your system does not comply with the requirements needed for the game to run smoothly. The minimum requirements for the game in the windows are:

Lack of permissions is one of the common causes of crashing issues in the game. Sometimes even the antivirus in the PC can interfere with the legitimate files of the game.

How to fix the crashing while campaign issue in Mount & Blade Bannerlord 2?

Although no update patch has been released by the developers for this particular, we have some methods which can help you fix the error in your PC.

Method 1 Verify the Integrity of the Game files

To check the integrity of the game files:

If Mount & Blade 2 still crashes, try the next solution.

If your game was working previously but is now crashing and you have completed verifying the game files with no results, try these steps:

These methods should help you fix the error. If not, write to the support of the games’ developers here.