The different regions to explore and in which to face the monsters is an important part of Monster Hunter. They have their own fauna, flora and topography. Here is the list of maps known as the Forgotten Temple, the Flooded Forest and the Fortress. It is important to have many different maps in a Monster Hunter game, since for consistency the developers try to put the monsters in their natural environment. Some are suitable for almost any terrain, but others only live in swamps, arctic areas or even in a volcano. Monster Hunter World suffered from this as the first game of the new generation, it had very few actual cards to begin with (5, then 7 with Iceborne), while Monster Hunter Generations Ultimate had around 24.

We don’t know how many regions Monster Hunter Rise will have at this time, 5 or 6 seems like the bare minimum, but it would be disappointing if there were so few. The cast of monsters looks very large, it would make sense for the cards to be the same. At least one of the announced monsters seems to live in a volcano, it would be amazing if we passed the usual desert and arctic or snowy area. We do not count Kamura Village, nor small special areas like arenas and boss battle areas.

Each region has its own topography, but that’s just the start. The metals and crystals that can be mined, the hideouts picked and the small animals or insects crossed are different for each region. We don’t know much about this at the moment, but once the game is available it would be a good idea to take a big tour of each region to mine and harvest anything you come across. 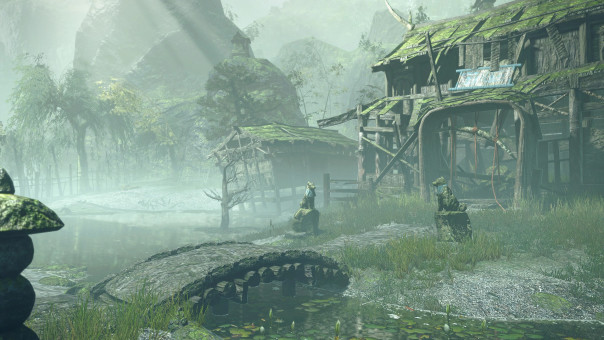 “Once a place of spirituality, this ruined temple is now haunted day and night by the roars of monsters. Despite everything, this sacred temple still exudes a mystical aura.”

The first area of Monster Hunter Rise has been revealed. This vast temperate and humid region is made up of 13 subzones. It has a varied topography, with mountainous and even steep areas that will require the use of the Filoptère to be climbed. There is also a wide river and shallow pools, bamboo forests and above all, as the name suggests, the ruins of a Shinto-inspired temple. Many secrets would hide between the collapsed walls covered with moss.

It can be assumed that the destruction of the temple in the area is linked to the main story, the Calamity which recurs regularly and which threatens the very existence of the village of Kamura. This map should in any case be the base of the game and the most visited, it seems adapted to accommodate many types of monsters. The number of insects and small creatures present is immense. 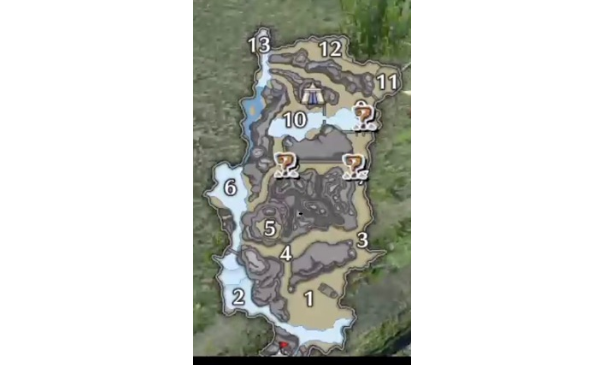 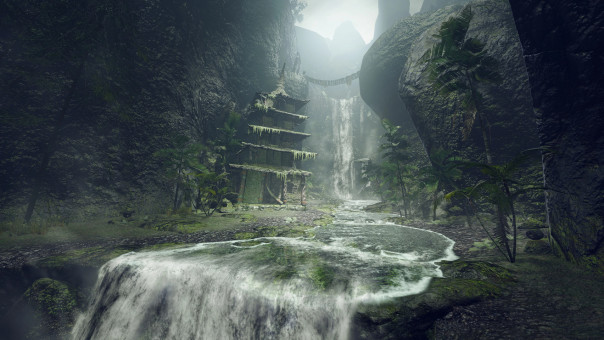 “An area of ​​flourishing vegetation. Due to a constant influx of water, most of this forest is inundated. There are magnificent ruins here that you can access with a Filoptera.” 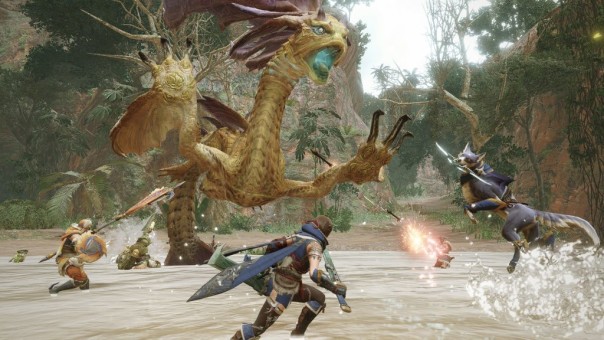 The Flooded Forest has been a recurring card in the series for a long time, and a completely redesigned new version is coming to Rise. It is a largely submerged jungle in which there are also impressive ruins that can be climbed. We know a lot less than about the Forgotten Temple, but it’s clear that this area will be favored for taking on water monsters, since many areas have water at least at ankle height. It won’t be enough to slow down your hunter, but it does help with the mood and the monsters faced.

The presence of ruins here too might suggest that the Calamity is ancient and affects a large area. But it is also possible that it has nothing to do with it. 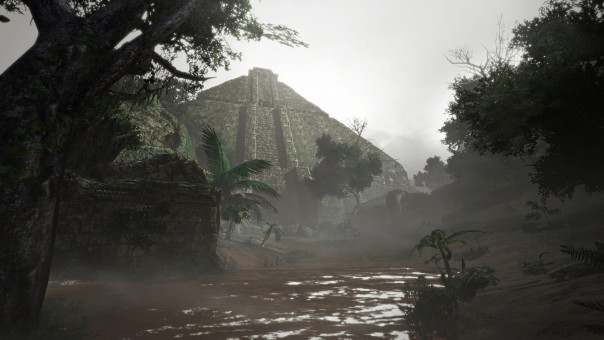 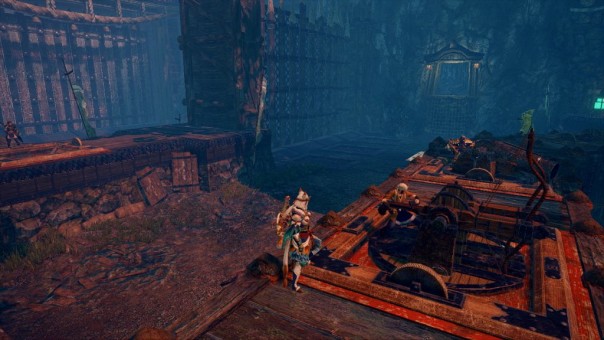 However, we can easily deduce that it will be used as part of the main story missions. For now we can only hope that they will use it to make something more original than a vulgar glorified arena. A kind of survival mode or boss run during which you have to face many monsters in a row could be interesting.

When is Overlord Season 4 Coming out in 2021 ? Release Date, Spoilers & Latest Info

When is Overlord Season 4 Coming out in 2021 ? Release Date, Spoilers & Latest Info