MLB.tv refers to a subscription-based audio and video service. It has two different service tiers. You can listen and watch Major League Baseball games live in HD quality through a high-speed internet connection. You can also subscribe to the ‘MLB.tv All Teams’ package and get access to all MLB team’s live feeds along with in-game highlights and stats and live DVR control, full game archives, and pitch widget. There is one option called ‘MLB.tv Single Team’. You will get access to a single MLB team’s live audio and video feeds along with in-game highlights, stats, and live DVR controls.

MLB.tv was at first provided as a ‘Basic’ and ‘Premium’ tier. The basic tier offered only HD quality audio and video on desktop and laptop devices. Premium subscribers got access to live game audio and video on desktop and laptop along with mobile devices like Android and iOS devices by a free subscription to the At-Bat mobile app through connected devices like smart televisions, Blu-ray players, TiVO DVRs, PlayStation 3, Xbox 360 and PlayStation 4. 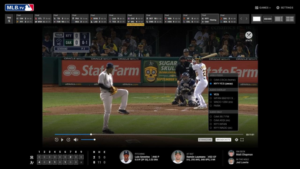 Users also said that the error also appeared when they were scrolling the app. A few people said that they experienced the error when they clicked on some content. If you are experiencing the Error Code X112, you can follow these steps to fix the issue by yourself –