MLB The Show 21 is a popular American baseball video game. It was developed by San Diego Studio and published by Sony Interactive Entertainment. This game is based on Major League Baseball (MLB). The sixteenth entry of the MLB: The Show franchise, was released on April 20, 2021. It was released for PS4 and PS5 as well as for Xbox One and X and S series of Xbox. Though this game has become popular among players from all over the world, it contains several bugs and errors. One of the errors in the game is the ‘error ws-37398-0’. If you are facing the error too, we have it all covered in the blog! 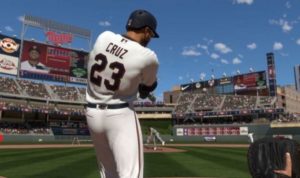 About MLB The Show 21

MLB The Show 21 is a simulation baseball video game available for almost all video gaming consoles. It was recently released in April 2021.

The ballpark builder feature, which is new to the series, allows players to change ballpark dimensions, wall height, foul ground, and other scenery choices. This feature also allows players to share and import ballparks generated by other players online. It was only available in the game’s ninth-generation versions.

The game was made available on Xbox consoles for the first time in the series, with cross-platform support between the PlayStation 4 and PlayStation 5. It was also revealed that the Xbox versions of the game would be available at no extra cost to Xbox Game Pass subscribers upon release. This decision was taken exclusively by co-publisher MLB Advanced Media and not Sony.

The error code ws-37398-0 is a generic error stating that the servers of Sony are facing an outage. The servers are down, hence the error pops up in the game. If you are unable to log into the game due to this error, it is an issue from their end, not yours.

Hence, there is no possible solution to this error. You just have to wait and keep an eye on the official website of Sony. Sony usually lets its players know about such outages on its social media platforms, you can keep an eye there too for further updates.

Biomutant: Does It Supports Crossplay