Minecraft is a popular open-world expansive sandbox video game from the developer studio, Mojang Studios. It is the best-selling video game of all time. Likewise, the success of Minecraft is unparalleled. Consequently, the game has sold over 200 million copies and also has over 140 million monthly active users as of 2021. Minecraft is available on several platforms such as Windows PC, Android, iOS, Nintendo Switch, Xbox One, PlayStation 4, and also on many other mobs in Minecraft 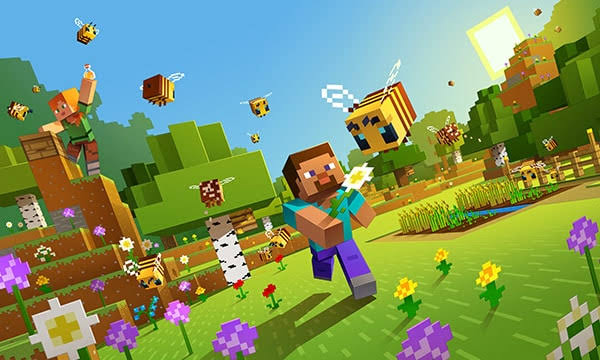 The ever-expanding and massive world of Minecraft are unlike any other game. The freedom and ability to explore as you wish are what make the game so popular. Likewise, the game also features many creatures, elements, etc. One of the great elements in the game is the Mobs. They are beings, or entities, that exist in the open world of Minecraft. Likewise, in a broader definition, it includes all the players, the monsters, the villagers, etc. Some are rare Mobs while some are hostile and dangerous to the players. Consequently, they can be spawned, killed, teleported, enchanted, and also given items.

A new Mob may be coming to the world of Minecraft. It is a ghostly defender Mob. Likewise, Glare is a helpful aid for players who like to explore. It is a very helpful new feature for players who like exploring new areas, dark caverns, caves, etc. Glare doesn’t like the darkness and also lets players know about it. The disgruntling antics of Glare lets players know that something dangerous is in their vicinity. Consequently, it flies to dark areas and throws a tantrum when players are in danger. Therefore, Glare would be an awesome feature to have for players in the game and a very helpful defender.