When it comes to Sandbox games, Minecraft is one of the best that is available in the market. The game popularity further enhanced with the release of it’s augmented version with the name Minecraft Earth.

Speaking of the game, it has been developed by Mojang & has been published by Xbox Game Studios. Minecraft Earth is free-to-play & is available on Android, iOS, & iPadOS. It was first made available in October under Early Access.

Coming to the topic, many players have been experiencing issues with the game, which was forcing players to download during every boot on Android. Well, if you are facing a similar issue, fret not, as we have good news for you as the Minecraft Earth release manager, Josh Mulanax has made an announcement regarding this matter.

Well, in his tweet, he has informed players that a small hotfix is rolling out for the game, which will fix the force download bug. The small patch is coming along with version 0.17.2. You can check the official tweet down below. 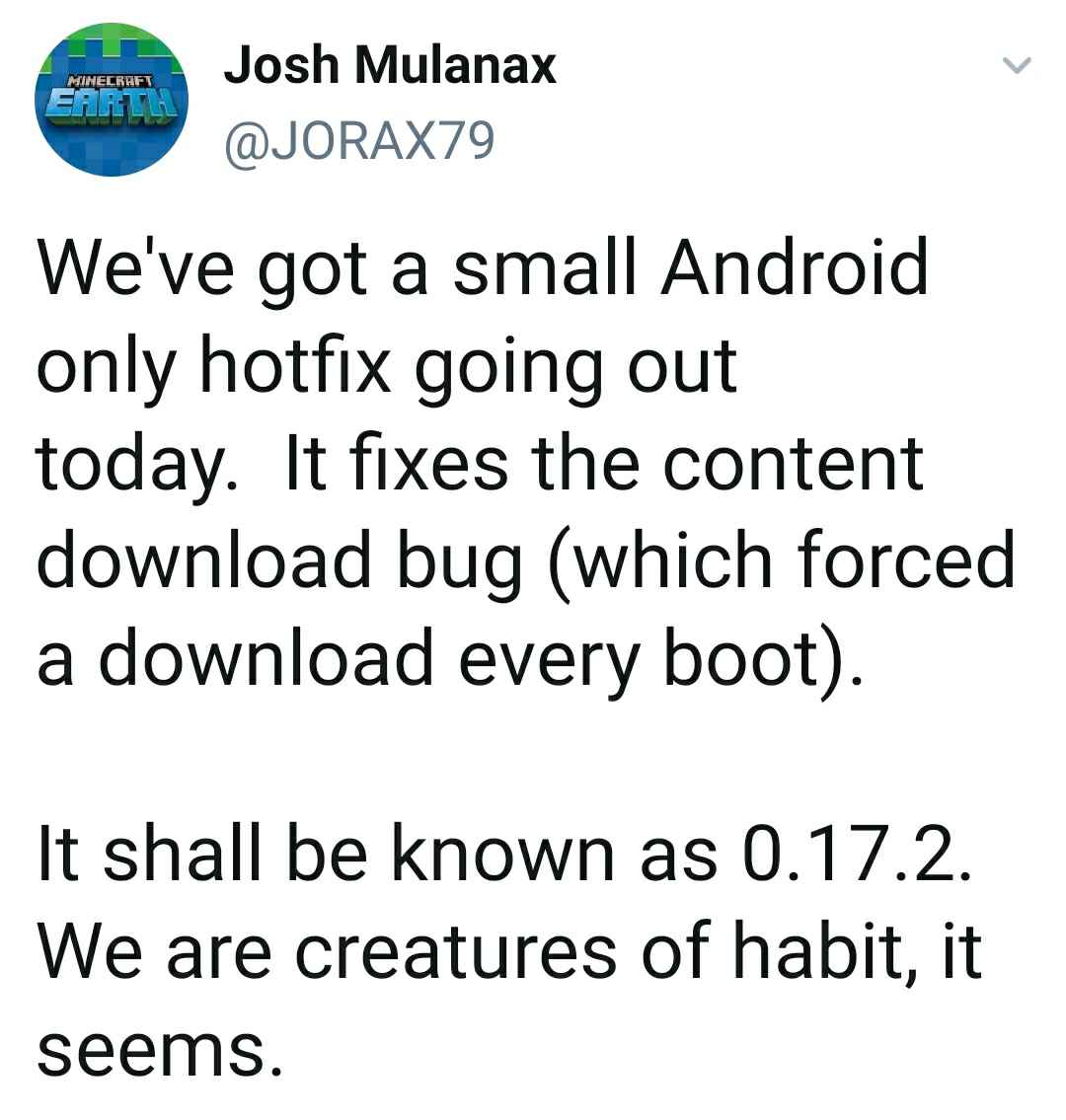 Earlier on May 7, 2020, patch 0.17.1 was released which has brought many enhancements & bug fixes to the game. Well, devs are trying hard to bring updates & fixes for the game even in the situation of the pandemic which is pretty appreciable.