Minecraft Dungeons is out for players and it has been a day since the game’s official release. It is available for multiple platforms such as PC, PlayStation 4, Xbox One series and Nintendo Switch. While the game is enjoying positive support from the public, some people are are facing a troublesome bug.

Reportedly, the encountered bug is responsible for flashing a message on the menu screen of the game. It reads, “Unable to verify ownership. Please make sure you have a working internet connection and start again.” 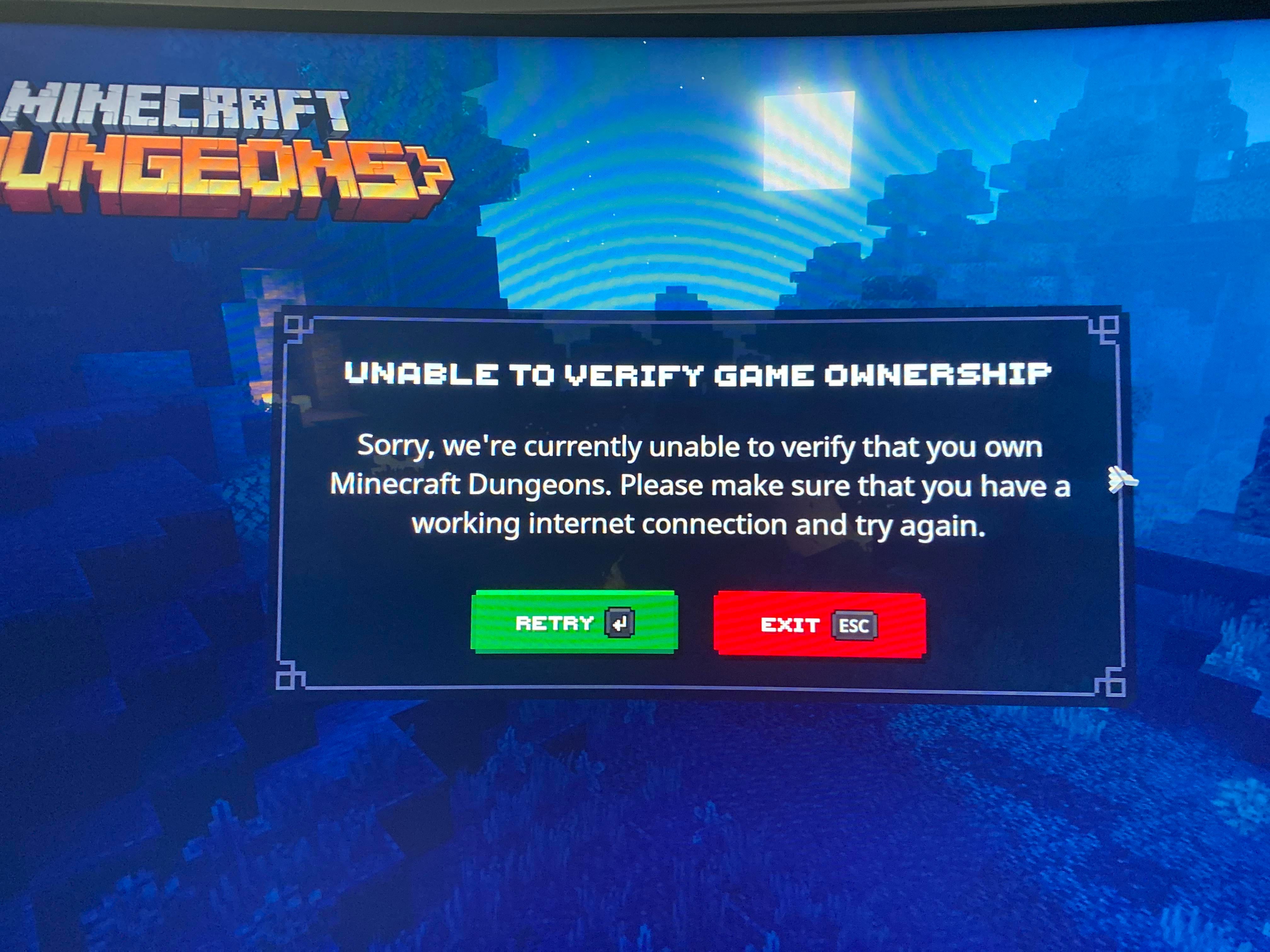 Many reports of this bug have appeared on platforms such as Reddit and Twitter in unison. This suggests that a large demographic of Minecraft Dungeons players has been facing this bug. The game is unable to verify whether or not a person legally owns the copy of the game.

Some people have stated that they would play the games for a few hours and then it would crash, logging them out. A few have encountered this issue after each map in the game. The bug seems to be denying users access to the game and this is primarily the case for Windows players. While players on other platforms have come across this issue, it doesn’t seem to be as prominent as it is on Windows. Moreover the bug seems to present only in the Microsoft Store version of the game as the Mojang Store version is working just fine.

Some people have come up with a temporary fix for this issue. They have stated that continually hitting retry or restarting their PC has helped them. This suggests that the fault could be the result of a server overload. Reportedly Mojang has shut down its SQL servers, as stated in this tweet. 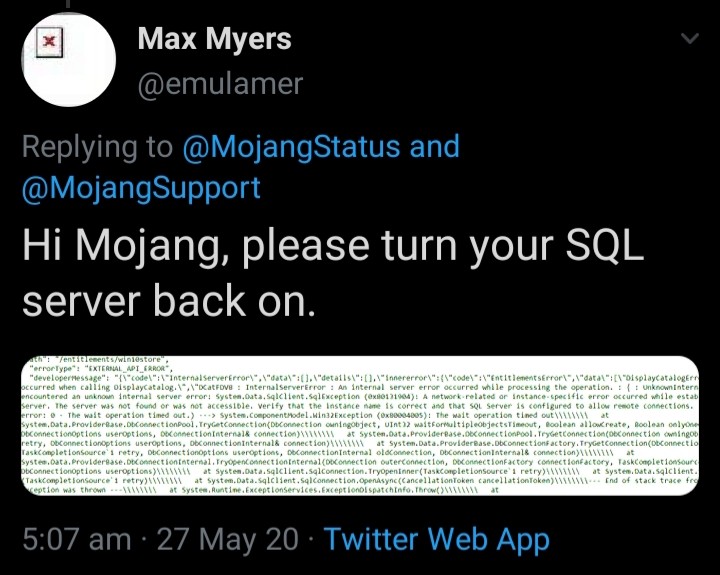 However saying that the two things are correlated would be getting ahead of ourselves. The developers at Mojang Support and Mojang Status on Twitter have addressed this issue and they are working on a fix. 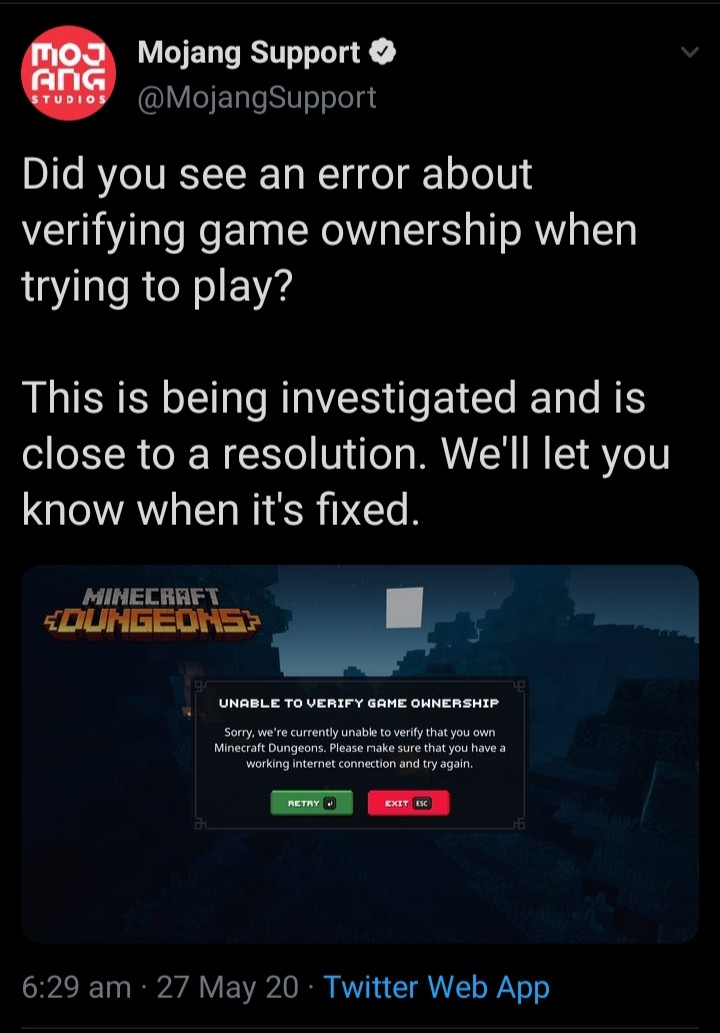 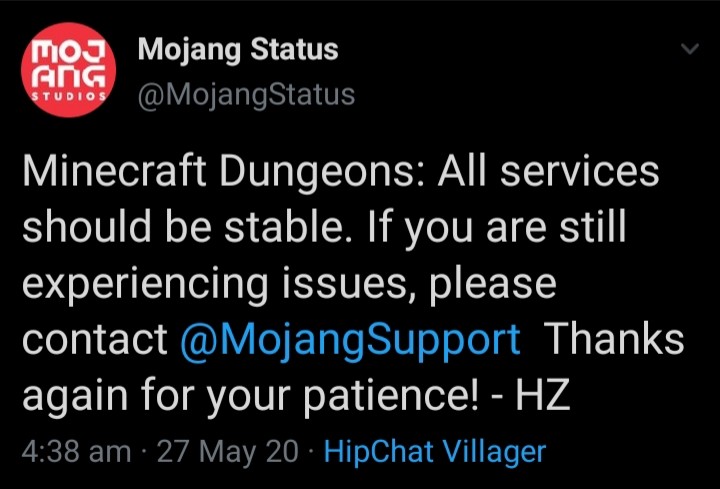 We suggest you to keep an eye out for any update on this issue from the developers, as the fix won’t take long.