Mojang has recently released its new snapshot for Minecraft Beta Java Edition and it provides another building block for the upcoming 1.16.0 Nether Update, which players are eagerly waiting for. The previous snapshots included changes to the biome distribution in the Nether and mob spawning criteria and more. This week’s snapshot is called 20w20a and although it is smaller when compared to the previous releases, it still has a lot to cover so grab your diamond pickaxe and upgrade it to netherite because we are digging to the bedrock of this new release.

20w20a, as mentioned earlier is smaller than the previous snapshots. It mostly focuses on advancements in the Nether with the addition of a few new advancements, changes to some of the pre existing ones and the addition of a new game mode switcher debug menu, with a couple of bug fixes and more.

20w20a brings 11 new advancements for beta players which are listed and explained as follows: 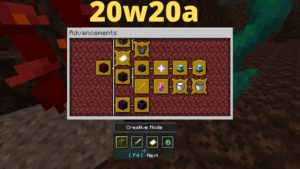 New F3 features has been introduced which will allow you to switch game mode with traditional “tabbing” functionality.

Hold F3 and tap F4 to open the menu. Tapping F4 will switch between game modes or you can use your mouse to do so. Release F3 to apply your selection. Since the last game mode is remembered, you can now toggle between your last and your current game mode with a single F3+F4. 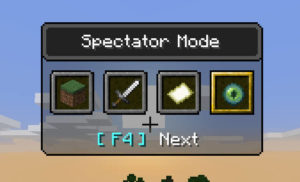 Snapshots are available for Minecraft Java Edition. To install the snapshot open the Minecraft Launcher and enable snapshots in the “installation” tab.