The Brazilian Super squad has realized that the current roster is not bringing anything home.

MIBR as a team was known as the Flag Hoisters of South American CS: GO. The OG squad which has won back to back Majors was a prodigy in the game until they lost their most renowned player Marcelo “Coldzera” David due to some internal issues in the team. Since COLD left the team’s graph has also started to decline in international events. 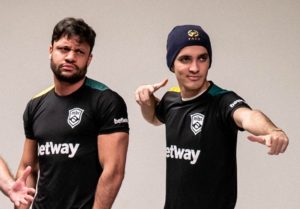 MIBR has disbanded Fernando “⁠fer⁠” Alvarenga, Epitacio “⁠TACO⁠” de Melo, and coach Ricardo “⁠dead⁠” Sinigaglia immediately, the Brazilian team announced on Sunday. The reason being a disastrous series of events since the  Bootcamp after the player break.

Both players issued statements on Twitter promising to reveal more information after these tough times. TACO stated “this was a decision made exclusively by the organization” and subliminally told that he will continue his career, saying that he is “looking forward to seeing what the future holds”.