Xiaomi has been experimenting with its products for a while now. It seems like the “affordable smartphones” tag will deviate as the brand starts focusing on other products as well. Xiaomi is a Chinese tech brand that was founded in 2010. Since then, it has never failed in pushing devices, products, or software updates as promised. From smartphones, the brand started with targeting the smart TV market. IT has worked the right way around as Xiaomi received positive responses. Xiaomi is also immensely famous for Mi Bands, which marked the beginning of a new popular product series from Xiaomi.

The Mi Bands have now hit the fifth edition. The upcoming Mi Band 5 is the present talk of the town. Therefore, here we are with all that you need to know about Mi Band 5, their features launch details, and leaked image.

Mi Bands are fitness bands that work with custom OS from the brand connecting with an active smartphone device. The latest Mi Band 5 brings remarkable changes and features. First of all, Mi Band 5 will release with a 2.41 cm screen, which is slightly over an inch. The screen will be a full touch screen whose resolution would be 120 x 240 pixels. It is an AMOLED Display, and above all, there is only one button which is the “Home”. Also, is it an on-screen navigation button, so it is still the touch screen.

The upcoming Mi Band 5 varies drastically from the other versions. The looks are more advanced and stylish, way too attractive, and seeking! The touch screen is scratch-resistant, and the Mi Band 5 as a whole is water-resistant. Users need to know that it is not waterproof, just resistant to splashes and accidental water exposure. Swimming with the Mi Band 5 would be a mistake!

Mi Band 5 requires Bluetooth 5.0 for connectivity. The Smartwatch is compatible with both Android and iOS devices. To be precise, Android 4.4 and iOS 9 will support Mi Band 5. Above all, the Mi Band 5 will support various features that keep track of your fitness. Mi Band 5 features Heart rate Monitor and sleep monitor. The first feature has been a part of Mi Bands for long. The Sleep monitor is what excites users the most as it is a new feature seen in very few devices lately.

Also, the Mi Band 5 features Calorie count and Step count. Step count is now available in smartphones itself, but the fitness bands are more integrated with this feature, showing more simply. Adding to that, the Band 5 equips a Pedometer. The battery backs up of this Mi Band 5 will last for 20 days. 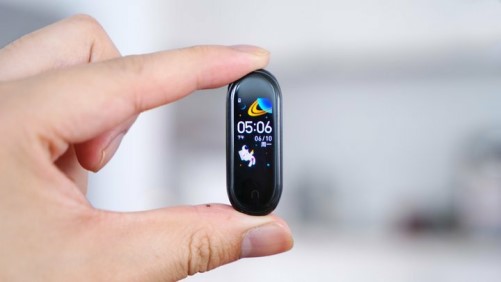 The only issue with Mi Bands is that the only distinguishing factor is mostly appearance. The features in all the editions are almost the same. Xiaomi will have to find a way to not just get news users but also convince the old Mi Band users to shift to the new Bands. To do so, Mi Band 5 will have to impose and release new features other than just better-looking fitness bands.

The expected price of Mi Band 5 is Rs. 2,499/ $32.95. Though the official announcement is not made yet, that are a lot of factors convincing enough to place the Mi Band 5 for this price range. The main reason is its rival brands like Realme coming up with Fitness bands too. Xiaomi will keep it affordable for Mi Band 5 to be the top pick.

Keeping alive the rumors and various web reports, Mi Band 5 will most likely release in the month of June of 2020. Also, the official announcement is yet to be made regarding the gadget. Hence, users can await official information to be let out in this month, May 2020.

Rest assured, we will update the article if we receive further information about Mi Band 5, so stay tuned. Also, share this article with all those who are waiting for this device!