Android 10 update for Mi A2 Lite

May it be some kind of high-end flagship, a mid-ranger or a budget centric device, Chinese smartphone manufacturer Xiaomi surely knows how to do its job perfectly. With every release of a new device, the Chinese smartphone Xiaomi keeps the whole smartphone market awestruck. Xiaomi always gets its users going crazy over their devices. Xiaomi also manufactures some of the amazing Android One devices as well. The Mi A2 Lite is such amazing of a device. The device was launched as the budget installment to the Mi A2 back in July 2018.

The Mi A2 Lite features a 5.84 inch 1080p IPS LCD panel. The device houses the mid-range Qualcomm MSM8953 Snapdragon 625 chipset and comes in several variants with up to 4 GB of RAM and 64 GB of storage. The device currently runs on Android 9 Pie. Talking about the camera, the device has got a dual-camera setup at the back with a mere 12 MP sensor being the primary camera and a 5 MP depth sensor. On the front, it has got only a 5 MP sensor for taking selfies. The device is fueled by a huge 4000 mAh battery with support for 10W fast charging. The smartphone comes with all the major sensors and sports a rear-mounted fingerprint scanner. 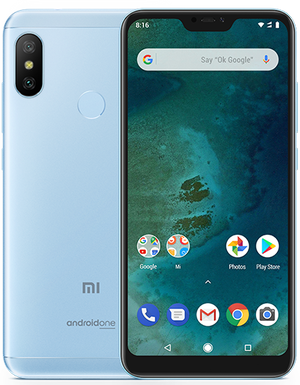 The Mi A2 Lite is receiving the latest stable Android 10 update along with a lot of latest new features. The update brings with it a lot of other feature improvements and some new features as well. Here is the changelog for the latest Android update. The latest update has brought several bug fixes and improves the system stability as well. The update brings a new and refreshed look with the new Android Q. The update made the experience buttery smooth and also enhanced the overall performance of the device. Some new features include a system-wide dark mode, Android Q navigation gestures and many such exciting new features. The stock FM Radio which was an app made by Xiaomi will be replaced by another alternative made by Qualcomm. Below is the changelog for the update:

Stay tuned for further developments on the Android 10 update for the Mi A2 Lite. Also, share this article with all those people who had been waiting for this Update.