Marvel Snap Can’t Login due to Version Issue: How to fix it

Many Marvel Snap players have encountered login issues in the game. Sometimes you get an error message other times you don’t. One of these error messages will tell you that the login has failed due to a “version” issue. This generally happens when you try to launch an outdated version. Things get a little confusing when you cannot find an available update on the Store. But, this does not seem to be the case here. So, if you are looking for more information on this topic as well, then you have come to the right place.

Marvel Snap is an awesome video game where you can collect superhero cards and face off against other players. While card battle games are not a new idea, Marvel Snap has been able to make the genre interesting. The game has a large number of maps and characters. So, each match feels new. The gameplay is also super fast and every match only lasts about three minutes. The game has mostly received positive remarks from the players so far. But, Marvel Snap is also not immune to bugs and issues. A lot of players have been unable to log into the game and play any matches.

| Also read: How to get Iron Man and Hulk free variants in Marvel Snap? 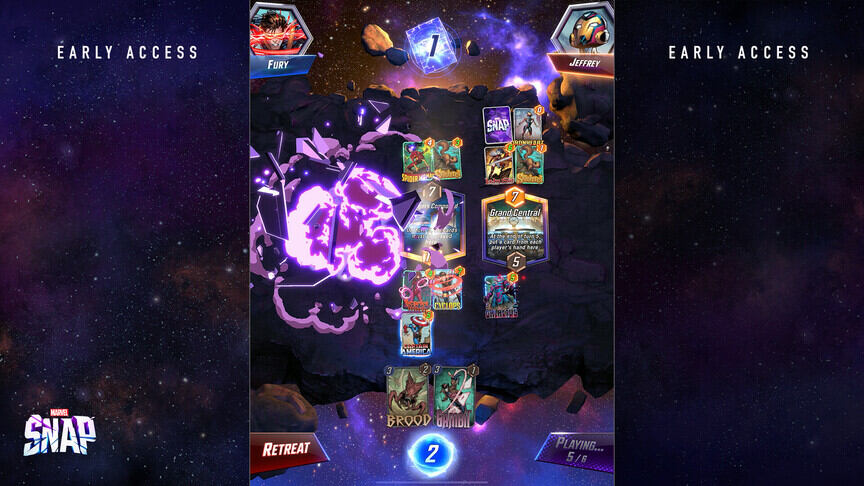 Marvel Snap Can’t Login due to Version Issue: How to fix it?

According to the developers, this login issue is due to players trying to launch an outdated version of the game. So, the best way to resolve this issue is by updating your game. You can visit the App Store/Play Store and search for Marvel Snap. Then, download the latest version available. This will fix the “can’t login due to version” issue. The developers keep releasing new versions of the game with better accessibility and bug fixes. So, we highly recommend that you always keep the game up to date.

If you are unable to install the latest version, then first reboot your device. Then, log out of your App Store and then log back in. Also, make sure that you have a stable Internet connection. A fluctuating network can also sometimes trigger these kinds of issues while playing the game. You should power cycle your networking devices from time to time just to be sure. If the error persists, then contact Marvel Snap’s customer support. Meanwhile, stay tuned to Digi Statement, and happy gaming.

Marvel Snap Halloween Event End Date: When is it

Marvel Snap Halloween Event End Date: When is it