Mario Kart 8 DLC Pack 3 Release Date : When is it coming out

Mario Kart 8, a game that was released for the Wii U in 2014 published and developed by Nintendo itself and has most recently been given a Deluxe version for the Nintendo switch.

The game consisted of the age-old Mario kart mechanics of a kart race where a player can get various add ons to hinder their opponents’ kart and had a roster of 30 characters upon release. It was an instant success and was even further worked on by the developers delivering game bug fixes and more content 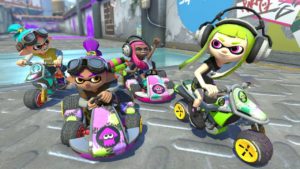 The DLC pack 2 arrived added with 4 new characters, 4 added vehicles and 8 brand new tracks, this DLC pack was also well received by players due to the content increase and added characters, allowing players to re-live their past experiences with the franchise through those characters.

The content in both DLC packs did not seem to be dry in any way and would keep a player engaged and surprised when playing any of the tracks for their first time.

The success of Mario Kart 8 and its two DLC packs had many players wanting more from the game, a possible third DLC pack?

Predictions began sometime in 2016 when Nintendo Europe published a tweet with an image of the Kalimari desert track from Nintendo 64 and a caption reading “Good things come to those who wait” and a hashtag of “MK8”, it was seen as a marketing stunt for a possible expansion Mario Kart 8 bringing back elements from the older games in the Mario Kart franchise.

Many fans jumped at this rumor with their predictions of what content could be possibly added and even future DLC packs that could be released however today in 2021 about 7 years since the release of Mario Kart 8, only a Deluxe version of the game has been released for the Nintendo Switch.

If Nintendo does ever intend on dropping a new DLC pack then based on its previous releases it would most definitely be well received by the fans of the franchise.

Epic Games Launcher Error: How to fix Credentials you are using is invalid

Yuzu Emulator : How to uninstall game updates or DLC?

Yuzu Emulator : How to uninstall game updates or DLC?