by Rajveer Tuteja
in LG, Technology

Only a few years ago, LG was one of the few companies that adopted that latest Android version only in a few weeks, just after Google’s release. Either by releasing a new phone or by beta testing. At that time, the company’s partnership with Google was really strong.

But nowadays, the company has been terrible in its software update timetable. LG announced the availability of Android 11 beta for the LG Velvet a few months ago. The beta testing was only available in the South Korea region. The phone will be receiving the Android 11 update in the first quarter of 2021. The company announced it on their website 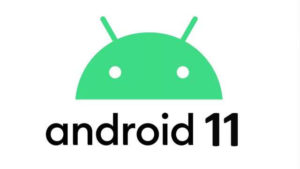 Speaking of LG Velvet, it was launched in May 2020 internationally. It was launched on 28th October 2020 in India. It comes with a 6.8 inch display with 1080p resolution and has an aspect ratio of 20:5:9. It is a mid-range phone, hence, powered by the Snaprdragon 845, an older SoC. It has 6 gigs of RAM with 128GB internal storage which is expandable to 2TB.

The phone runs on Q OS which is based on Android 10 with Android 11 coming early next year. It has a triple camera setup on the back with a 64MP primary camera, a second 8MP and a third 5MP camera on the back. Also, on the front is a 16MP shooter for sel portraits.The LG Velvet also supports wireless charging and Quick Charge 4+ fast charging. It was launched in Aurora Silver and New Black colours.